After a crazy, exciting weekend spent covering Welcome To Rockville in Jacksonville, Florida, Tammy and I did not think we would make it back in time to Chicago to see Alter Bridge play, again, three days after we saw them rock at the festival. But we drove through tornado warnings and massive, down-pouring rain for 18 hours, and we pulled into the House of Blues just in time for the show Tuesday night.

We got rewarded in the best way, making it not only in time to see Alter Bridge, but early enough to check out the supporting band, Monster Truck, and have our minds blown. Everything about their performance impressed us, from their high-energy guitar player running around the entire stage to their skilled keyboardist adding an old-school rock n’ roll vibe, to the singer belting out lyrics with his unique, soulful, seemingly Zeppelin-inspired sound.

After Monster Truck left the stage, everyone stood anxiously awaiting Alter Bridge. The lights dimmed, the opening riff to “Slip to the Void” started, and Myles Kennedy slowly walked out to the microphone, shut his eyes, and gently began singing the eerie, captivating lyrics, drawing everyone in. The band carefully walked out soon after, but the red lights stayed only on Myles while he sang, building anticipation, until finally the rest of the instruments sounded, the stage lit up, and Myles hit his first unmistakable high note of the night, blowing the roof off the building.

As soon as the song was over, Alter Bridge powered right into “Addicted To Pain,” making the entire audience cheer and sing along to the popular song with their fists in the air. Without pausing, they played “Come To Life” and “Bleed It Dry,” after which Myles took his first pause, taking a sip of water and saying hello again to Chicago. It was the second night they were playing the House of Blues, having sold out the first night quickly and wanting to give as many fans as possible a chance to see them live. Myles took a minute to talk to the crowd, saying they had already tried changing up the set list for those who were attending both nights, and went on to joke, saying that their drummer, Scott, would be getting naked later to spice it up a little. When the crowd reacted with cheers, Myles said they were all nuts and would need counseling in the morning. Then he did a complete 180, closed his eyes, and slowly let his fingers fly across the guitar as he played the opening riff to “Cry of Achilles,” seeming to forget there was an audience as he lost himself in the blissful simplicity of playing the guitar, then he came to life again as his band joined him and he sang the first lyrics.

“Brand New Start” came next, and then they riveted the audience with “Ghosts of Days Gone By,” allowing everyone to sing along to the powerful song, helping the crowd to forget about their troubles and just get lost in the music, putting their arms around strangers and connecting and smiling as one. Myles paused again afterwards, thanking the audience for coming out and Monster Truck for being a kickass opening band. At first I was confused as to why Alter Bridge didn’t pause more often to talk to the audience, but I quickly realized it’s because they let their playing talk for them. Normally bands will explain songs before they play them, but Alter Bridge didn’t pause often, they just played their songs, letting their passionate lyrics and playing explain itself.

My favorite part of the night came next, after Myles announced they were about to attempt a song that had received a lot of positive feedback for the night before. The entire audience cheered, ready to go on the eight minute long bliss-filled, soul-wrenching rollercoaster ride that is “Fortress.” After watching them pour everything they had into the song, I would have been content with the show ending right then, but they went on to play “Ties That Bind,” and immediately after Mark Tremonti started singing “Waters Rising” with Myles joining him mid-song. They kept the night going strong, playing “Isolation,” “Broken Wings,” and “Metalingus,” making the crowd go crazy with the later. Alter Bridge set up the show perfectly, never letting the audience really catch their breath, riding the high from “Metalingus” right into the calmer but still soul-wrenching, “Blackbird” and then ended with “Open Your Eyes,” having the entire room sing it back to them, loud enough to feel like we were in a filled stadium instead of the House of Blues.

Of course the crowd wouldn’t move an inch after the show, begging for an encore, so Myles came out with a guitar solo smiling and seeming to be messing around, truly enjoying himself. Mark came out next, and they proceeded to have a guitar battle, leaving jaws on the floor, making everyone in the audience wishing they could have just a piece of Tremonti’s talent. After a laugh they started, “Before Tomorrow Comes” and then closed their two day run at House of Blues with “Rise Today,” playing with so much power and intensity that we left inspired, truly wanting to change the world. 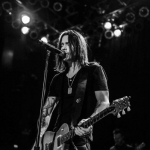 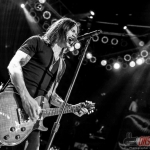 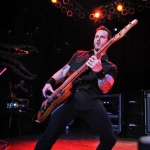 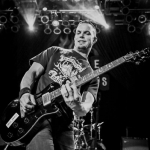 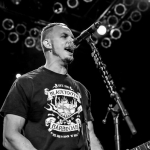 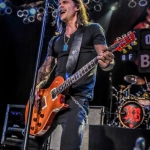 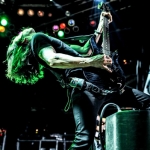 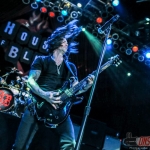 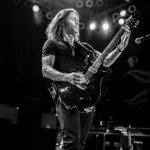 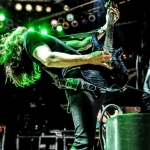 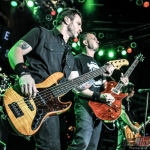 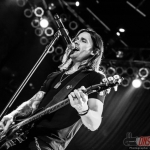 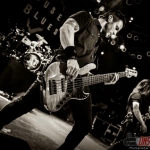 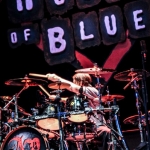 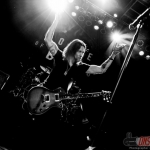 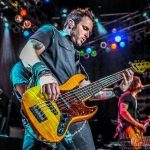 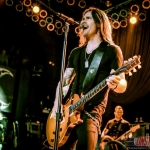 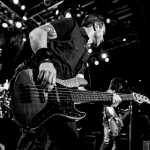 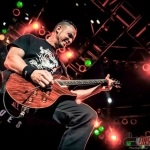 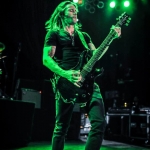 Kat Corbo is currently a student at UW-Madison studying Communication Arts and Business. She recently stopped writing for her school's newspaper and moved to the On Stage Review in order to keep her artistic freedom and to be able to freely write and review anything that she felt passionate about. 99% of the time you can catch Kat wherever Red is (don’t be fooled, they WILL drive 6+ hours for a good live show!). They’re a one of a kind duo that hopes to inspire young people their age to see that rock n’ roll is alive and well!
Related Items
← Previous Story WELCOME TO ROCKVILLE DAY 2 – Jacksonville, FL
Next Story → SLAYER @ The Rave – Milwaukee, WI