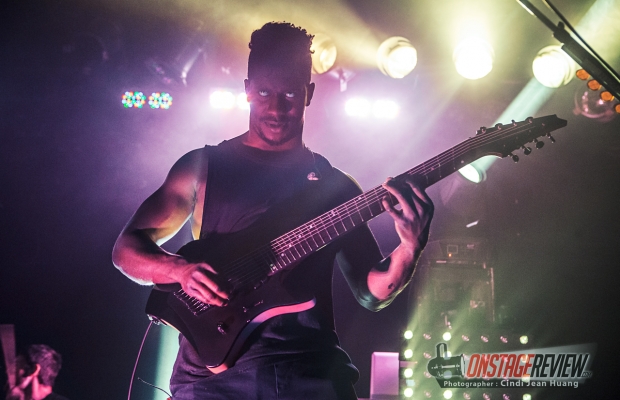 Never had I seen Bottom Lounge so packed as I did this Black Friday for Animals As Leaders. Having just released their newest album The Madness Of Many two weeks earlier, plus the impeccable talent that oozes from this group, it came as no surprise that this show sold out in advance. The openers were Plini and Intervals, often called Plintervals due to how often Plini collaborates and performs with Intervals, a group he is also a part of. “We’re going to grab a quick drink, then come back and play some more music,” Plini announces in between sets. Always a great experience seeing them. Aaron Marshall of Intervals and Plini definitely were smiles all around and having a good time on stage. Animals As Leaders mesmerized and inspired, playing old and new songs both well-received by the crowd. As Tosin Abasi said, “You guys get Black Friday once a year, but I’m black every day!” ‘Twas a wonderful way to spend the evening indeed. Check out the photos from the show below!