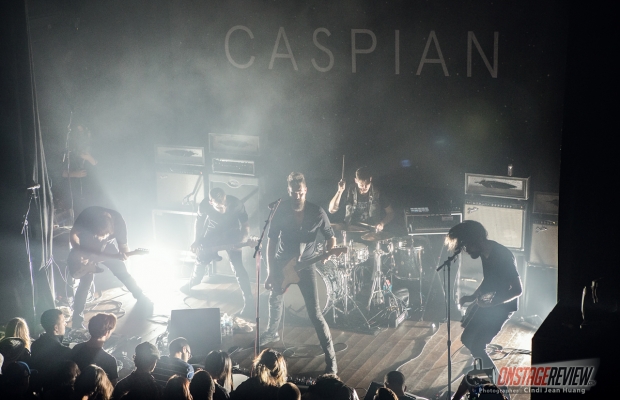 Post-rock band Caspian came back to Chicago to headline after their tour supporting Underoath earlier this year. They just released a short film last month to their song Castles High, Marbles Short from their latest album Dust and Disquiet (See it here on their label Triple Crown’s YouTube Channel: https://www.youtube.com/watch?v=Hm3fuxQ99Kk). Having just hit a deer and severely damaging their van on the way to this show, they still managed to pull together and play an impeccable show. Their music is as wondrous as the soft, timed dimming glow of their on-stage lights in the form of silhouetted feather boxes sitting atop their amps. They mesmerized the crowd and even brought a few tears to the joint. Here’s their set list from the night:

3. Some Are White Light

4. Gone In Bloom and Bough

6. Sad Heart Of Mine

7. Ghosts Of The Garden City