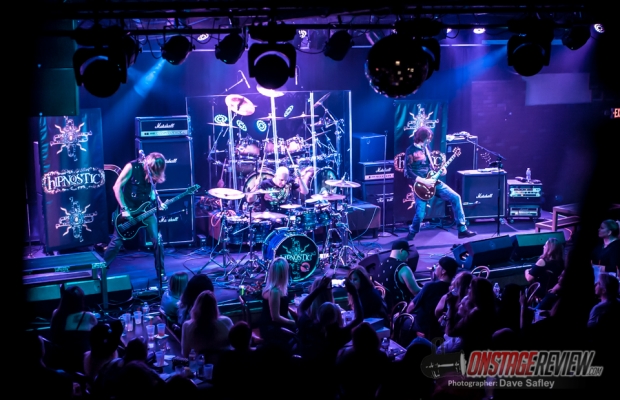 hIPNOSTIC may be a band you have seen in Orange and LA County Live Shows as they have been booking as the supporting band of many of the top national touring acts. They made their appearance as the supporting act for Sebastian Bach on a Thursday Night – October 20th, 2016 at The Coach House Theater in San Juan Capistranio CA.

Not only can these guys put out a great rock show and perhaps one of the best bands selected as direct support, but these guys are just a bunch of cool guys as well. I have shot this band a few times and each time they are well received by the audience and their dedicated fans. The best trait that a supporting band can have is to bring excitement to level 10 and hIPNOSTIC comes to the table on that.

The best way that I can describe the band and their history of musical success would be to to provide their BIO below:

hIPNOSTIC is a heavy rock band from Orange County, CA. Their music is driven by a passion for heavy contagious riffs, powerful rhythmic grooves, thought provoking arrangements that filter through a positive and hopeful lyrical message. The band draws inspiration from artists like Soundgarden, Alice in Chains, Chevelle, Seether, Shinedown and Red.

Their single “Ain’t No Sunshine” truly embodies what the band’s music is all about and where we are headed in the future. It’s a unique heavy rock version of the classic Bill Withers tune with a dark moody spin. The band released its debut record “Dissolve Me” which garnered many positive reviews. Debra Stocker, Editor of All ACCESS said, “Dissolve Me is by far one of the best hard Rock/alternative sounding albums I’ve come across this year”. Modern Fix Magazine had this to say, “The talent level is high, the range is varied, the voice is superior, the guitar riffs are catchy and there are numerous standout tracks on “Dissolve Me”.

There is a commercial shine to this made-for-radio band”. hIPNOSTIC received 4 nominations at the ALL ACCESS L.A. Music Awards, Best New Group, Best Hard Rock Band, Best overall album of the year, and won Best Alternative Male Vocalist. Their song “Ritual” was featured in the movie “The Dead Matter” and was included in the movie soundtrack. They were also fortunate that Fox Sports Net picked “Ritual” and “Heels On A Plank” for their “Re:Evolution of Sports” show.

In 2011, Blake and his long-time musical brother Rob Swanson reunited to push the band to a whole new level. The band continues to reach new melodic territories and create a broader sonic landscape. The intertwining of their guitar and bass personalities gives the band an even heavier rock sound. In 2016, the line-up was complete with the addition of powerhouse drummer Marty Wilcox.

Photography is a passion of mine and I am blessed to be surrounded by amazing industry photography professionals. I have had the passion for photography since I was a teen back in the film days. From shooting film, developing and printing in my own darkroom, fast forward to today; I am now 100% digital. I possess a true passion for entertainment, celebrity, event and live performance concert photography, as well as fine art, photo journalistic, and street styled captures. Capturing the moment is my passion. Just me and the viewer creating and capturing moments in time.
Related Items
← Previous Story WOMEN IN MUSIC CHICAGO LAUNCH EVENT @ LAGUNITAS BREWING – CHICAGO, IL
Next Story → BRONSON WISCONSIN @ THE PIKE – Long Beach, CA