Thursday night at Joe’s Bar on Weed Street: Tammy and I had a feeling the night would be a good one after we parked in a close spot right as the rain stopped. As soon as we walked out of the car we stepped in what we thought were hard snow piles but were actually deep puddles in disguise. The universe was sending mixed signals about how the night would go, but either way we were optimistic since we were about to attend a sold out Jamey Johnson show!

We walked in just as Chris Hennessee took the stage, and his smile showed us that he was more than ready to play to a room packed full of country fans. As the people in the crowd started getting more beers in them, they began dancing and singing along to his songs which included “Georgiana” and “The Waylon Jennings Song.” By the time he left the stage the audience was thoroughly tipsy and ready for Jamey to take the stage. During the set change, the hard core Jamey Johnson fans were not moving an inch as others tried to weave their way through the crowd to grab a few drinks or to try to sneak up front. (Guilty as charged-we were part of those who weaseled their way up…well not weaseled, more like made friends up the line while scoring some free beers. We’ll do whatever it takes to be up close for a good show! Wait! Don’t be mad at us *ducking for cover* we just try to get as close as we can to the action!)

A Jamey Johnson show isn’t for those who want to sing and dance to radio pop-country hits. Jamey’s music is chock full of emotion; he takes you on a rollercoaster ride of heavy, heartfelt ballads and honky-tonky covers that make you want to go out back with friends, grab a couple guitars, and open a fresh can of chew. His entire set spirals you down a journey throughout country’s history. The night consisted mostly of covers by some of the greatest country legends like Waylon Jennings, George Jones, Willie Nelson and Hank Williams along with his own songs like “High Cost of Living,” “Redneck Side of Me” and “The Lonesome Song.” Jamey’s cover of “11 Months 29 Days” grabbed your soul from the beginning and didn’t give it back until the last notes rang out in perfect unison. The band jammed out to the nearly 10 minute long song, overflowing with bluesy steel guitar riffs and down home, fiery harmonica playing, so much so that it felt like we had traveled back to Alabama circa 1976.

Jamey showed the audience another side of himself by bringing out his father, sister, and daughter to help him sing “In Color” and again to end the night with his cover of “I Saw the Light.” He showed us that he was just a regular guy, with the typical older-brother-annoying-his-little-sister dynamics obviously at play when he nearly pulled her hair to get her on stage. During the last song his little girl looked up at her family with awe in her eyes as they all sang together to close out the show. Jamey set down his guitar and exited the stage hand in hand with his daughter – warming everyone’s hearts and ending the night on a great note.

The seven piece band made for a sound that was unlike any other show we’ve been to lately, with the different elements continuously hitting you from new angles. The complex sound kept you engrossed in the beauty of the instruments and drew you in, zoning you out to the simple elegance of the unhurried music. The band played everything with so much fervor and intensity that hearing “Between Jennings and Jones” live for the first time left us with chills. Jamey’s whole-hearted way of singing combined with his deep baritone made for 150 minutes of unforgettable, soul-wrenching songs.

Red and Kat’s mini video of the night:  http://eb.tl/1nwyn 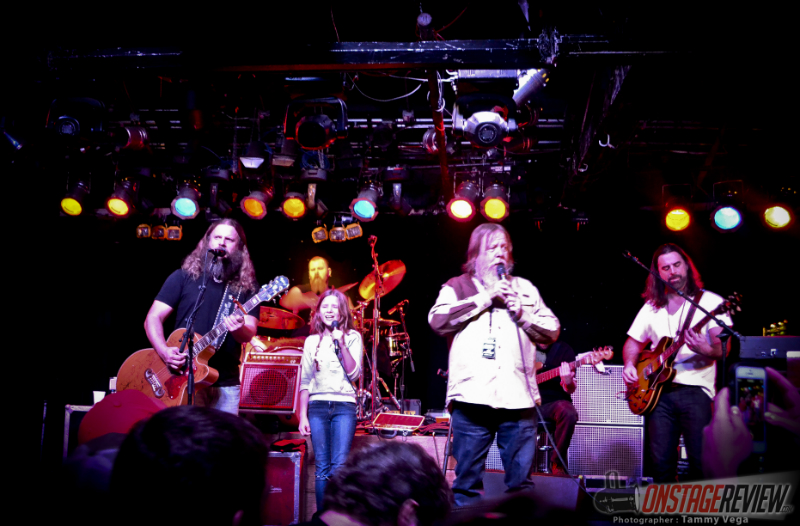 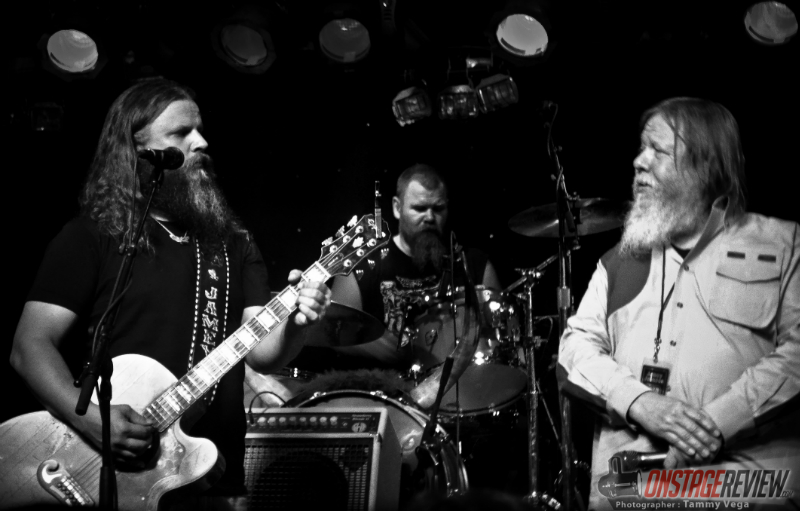 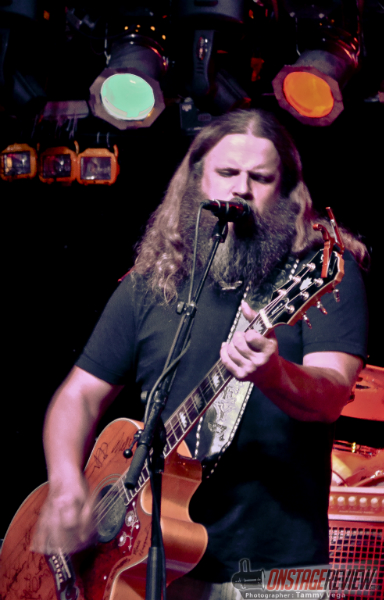 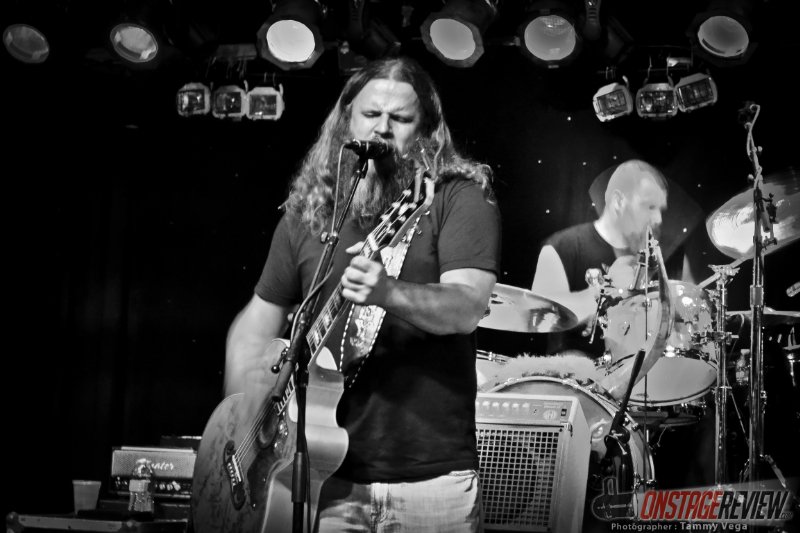 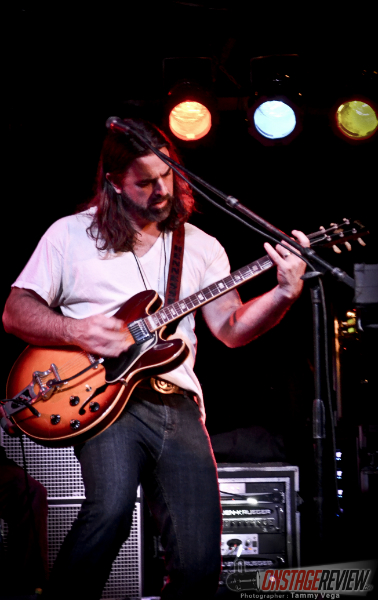 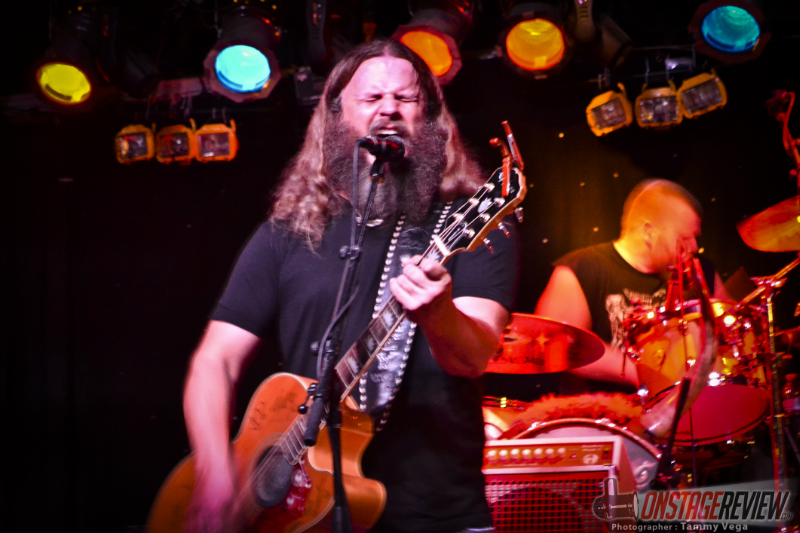 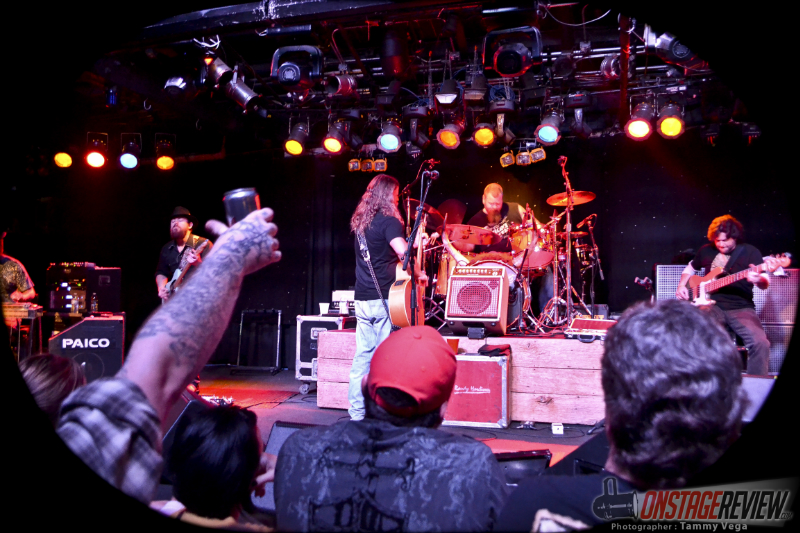 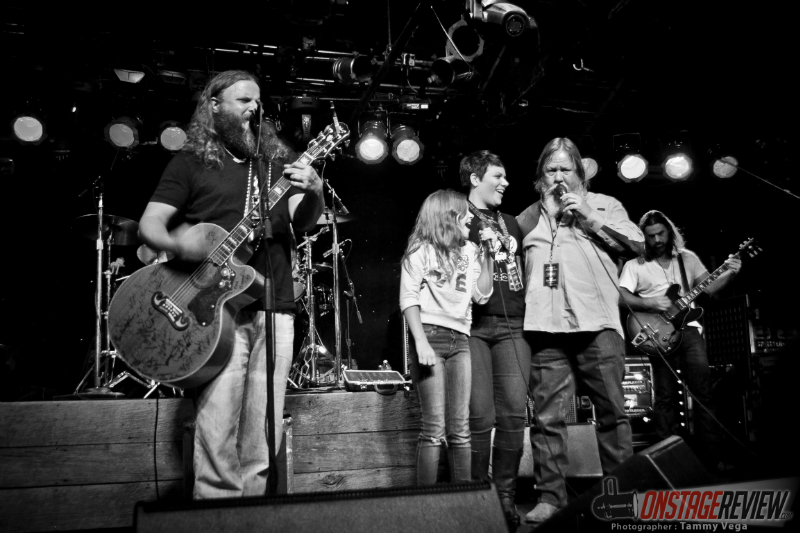 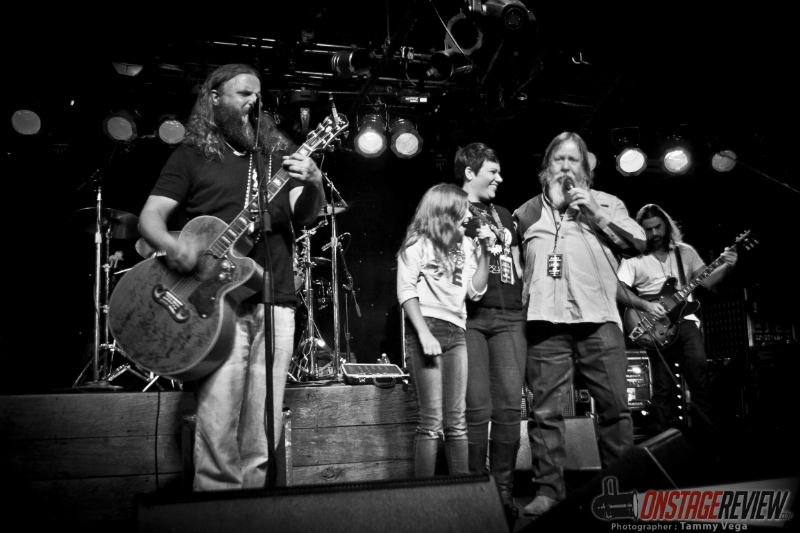 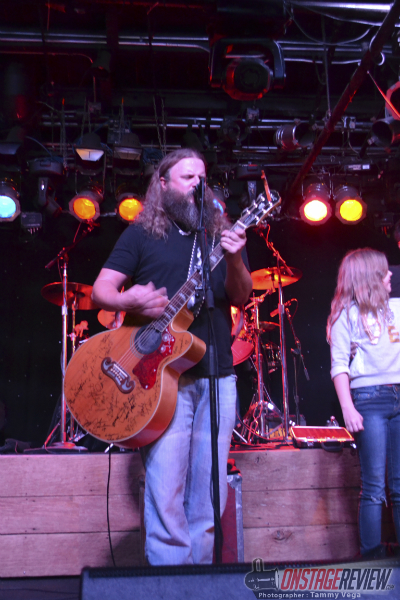 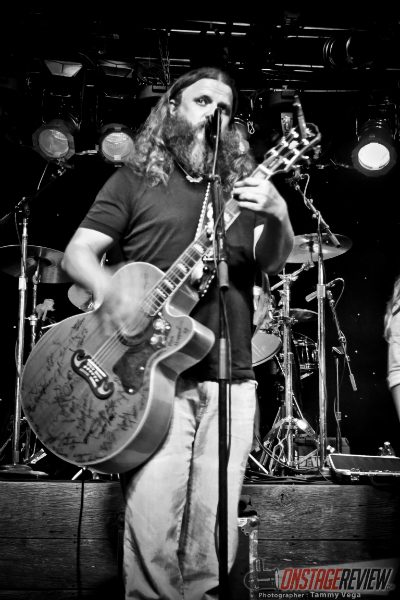 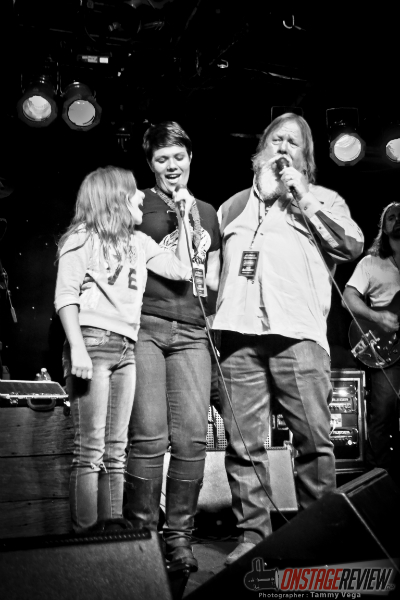 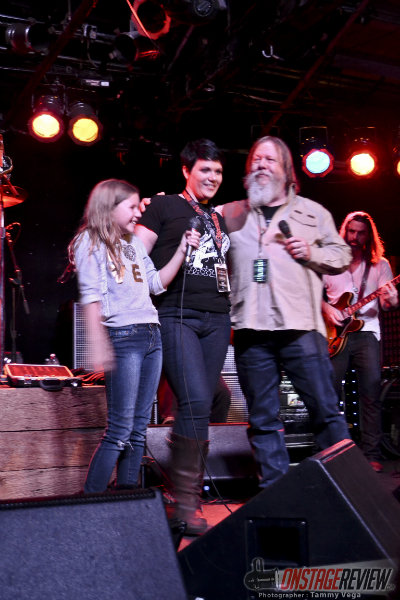 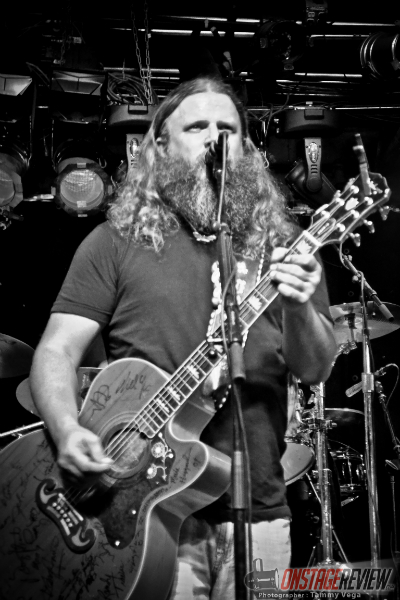 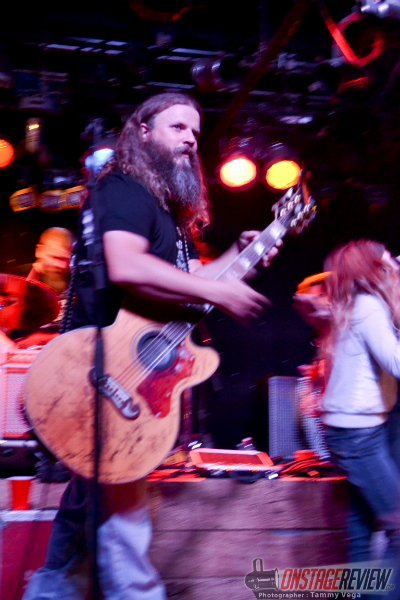 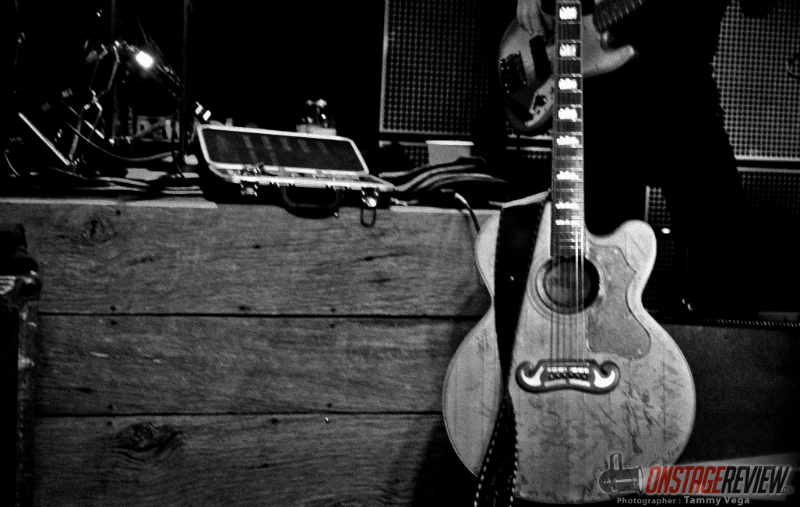 Kat Corbo is currently a student at UW-Madison studying Communication Arts and Business. She recently stopped writing for her school's newspaper and moved to the On Stage Review in order to keep her artistic freedom and to be able to freely write and review anything that she felt passionate about. 99% of the time you can catch Kat wherever Red is (don’t be fooled, they WILL drive 6+ hours for a good live show!). They’re a one of a kind duo that hopes to inspire young people their age to see that rock n’ roll is alive and well!
Related Items
← Previous Story THROW THE FIGHT @ The Frequency – Madison, WI
Next Story → SHOOTER JENNINGS @ Mojoe’s – Joliet, IL