Friday night Slayer fans flocked to the Rave to rock out with their friends at the sold out concert, resulting in the Eagles Ballroom teeming with people eagerly anticipating the show. Slayer started the night out with “Hell Awaits,” making the crowd go crazier than I’ve ever seen at the Eagle’s Ballroom, and then powered right into “The Antichrist,” keeping the crowd pumped and raging. A few songs later they pulled out “War Ensemble,” and then soared right into playing “Postmortem” and Tom brought the crowd to the top of the rollercoaster ride with his crazy high note in the middle, then the band kept the ride going strong with their thrash-y, insanely fast playing.

Tom Araya’s vocals filled the arena the entire Ballroom while he kept the crazy fast rhythm flying from his fingers on the bass. Kerry King destroyed the stage with his insane shredding, the riffs streaming out of the speakers, bouncing off the walls and into the crowds’ souls.  Paul Bostaph blew the crowd back, beating his kit to pieces the entire night, making his maniacal playing look easy. Gary Holt overwhelmed the crowd twice by playing two remarkable, energy-filled sets (earlier with Exodus and then again with Slayer), violently ripping apart his strings, never resting.

Some of my favorite other songs in the set included “Chemical Warfare,” “Die by the Sword,” and “Captor of Sin,” all of which the crowd formed a huge circle pit for. Slayer matched their energy, taking it and throwing it right back into the pit, making the entire Ballroom explode with rage and raw energy. Towards the end of their set they played “Seasons in the Abyss,” and “Dead Skin Mask,” preparing the room for the inevitable closing of the night, and then they busted out “Raining Blood” and ended with “Black Magic.”

After a quick rest, they ran back to the stage for an encore, bombarding the crowd with rough, raw music, ready to leave them with a night they wouldn’t soon forget. After they demolished “South of Heaven,” they struck the first chord for “Angel of Death,” and the Ballroom surged with intensity for the final, countless time that night. Slayer’s unbelievably powerful performance left everyone in the crowd with a story to brag about to their friends for months to come. 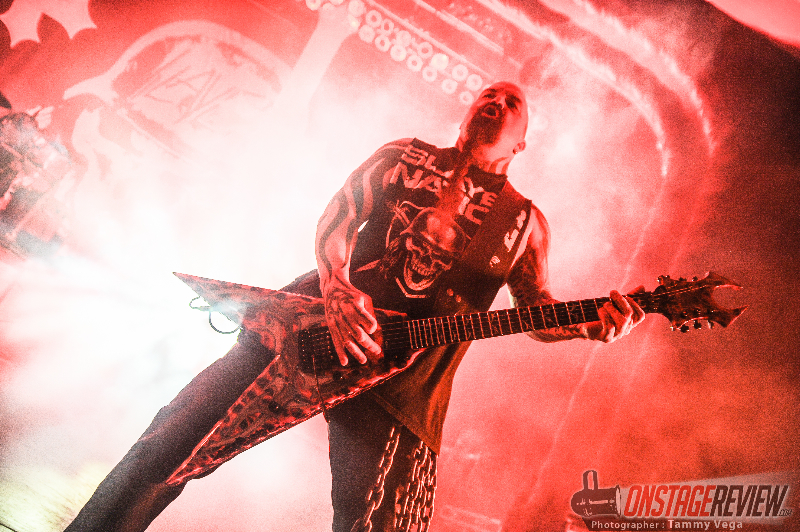 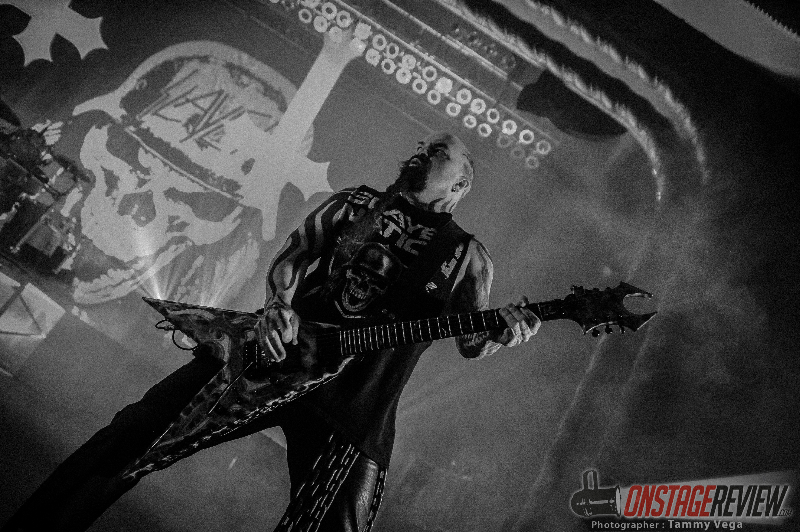 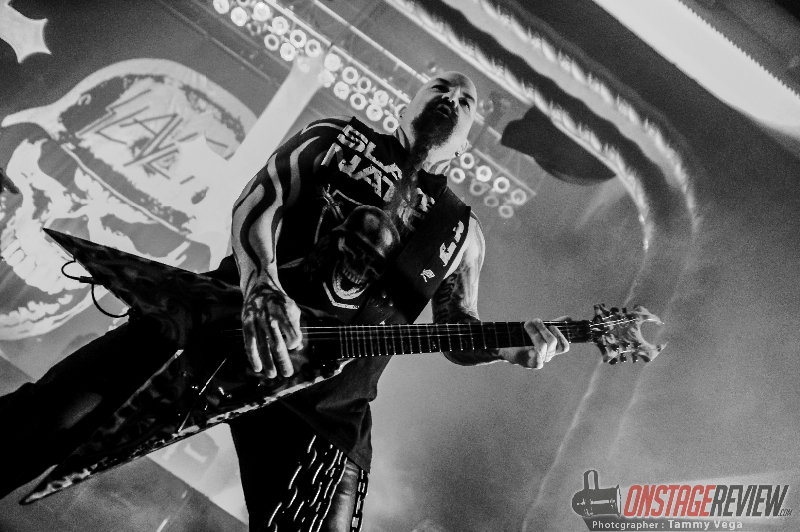 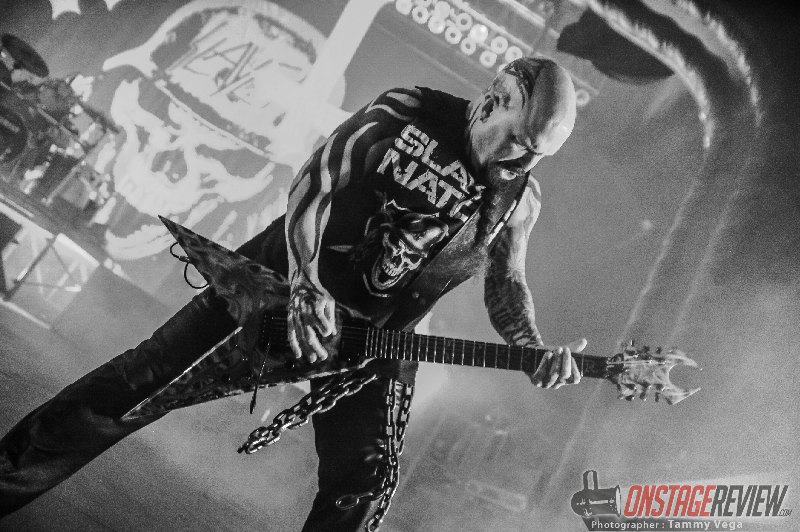 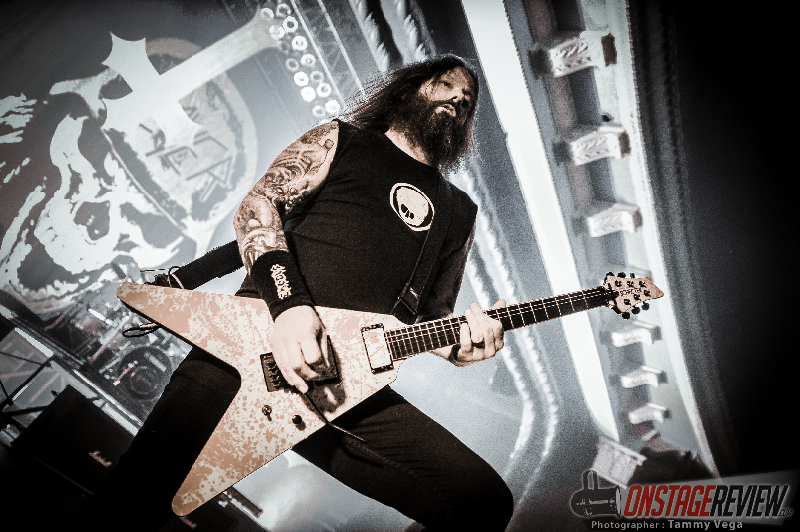 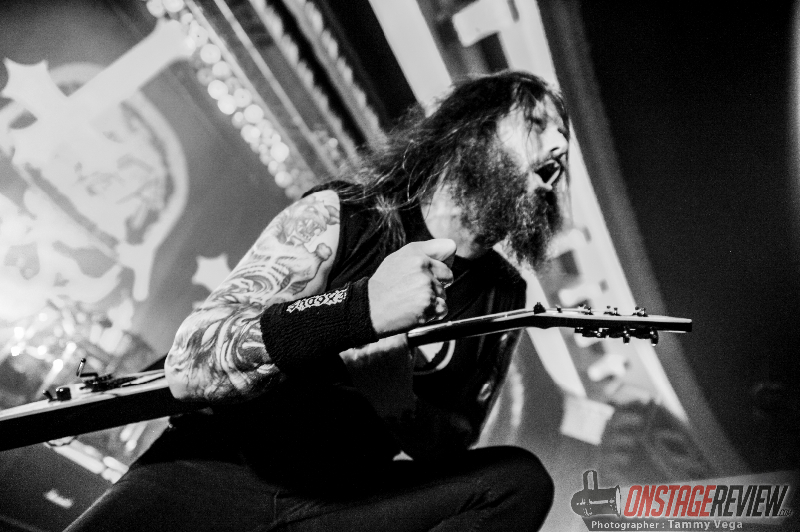 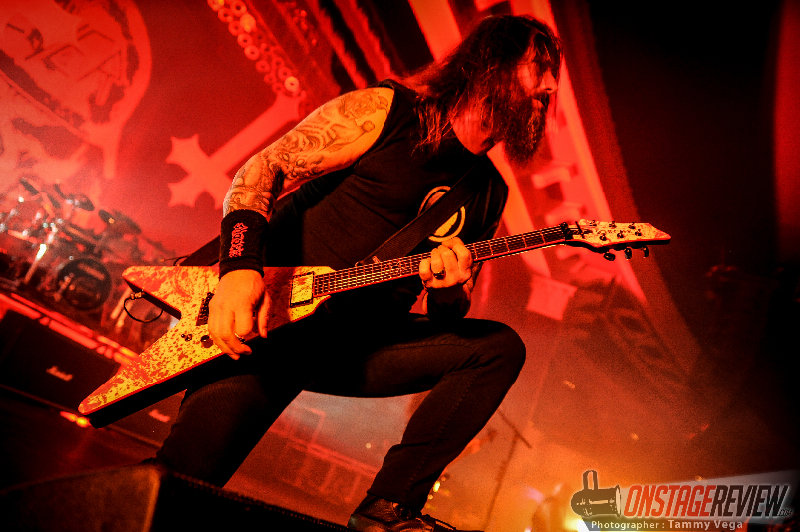 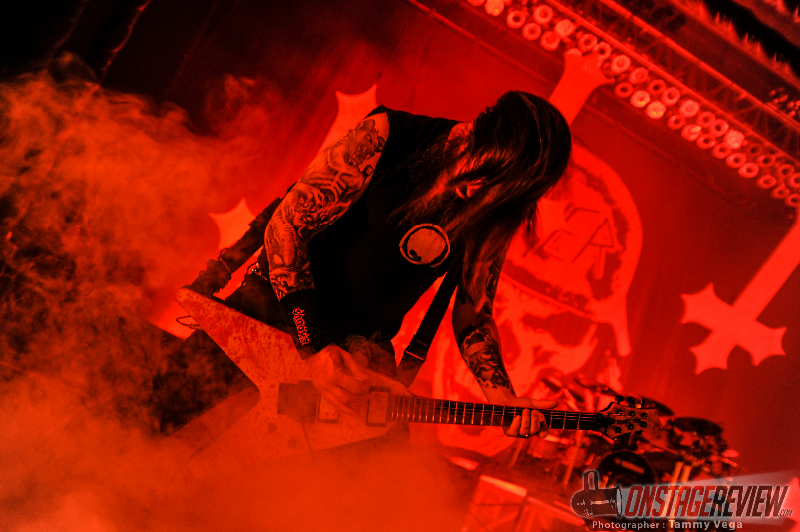 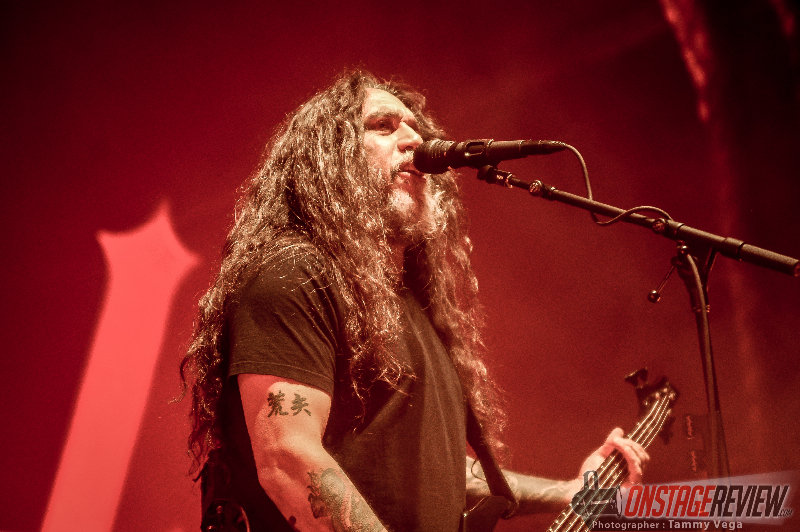 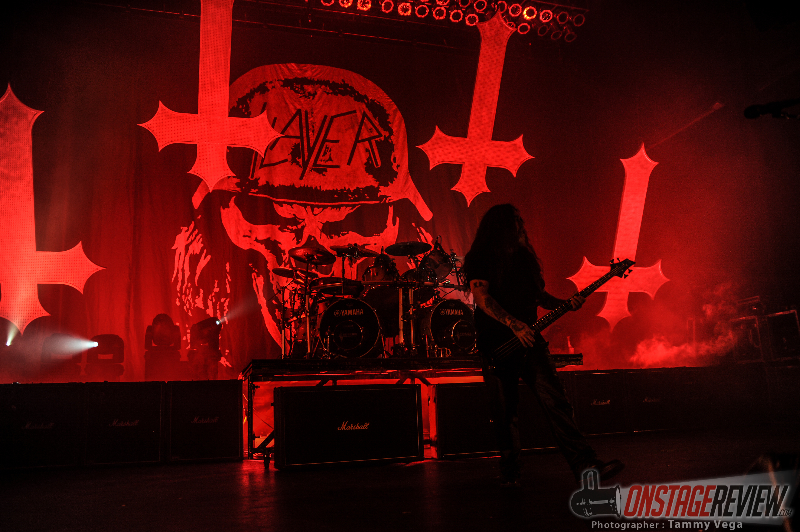 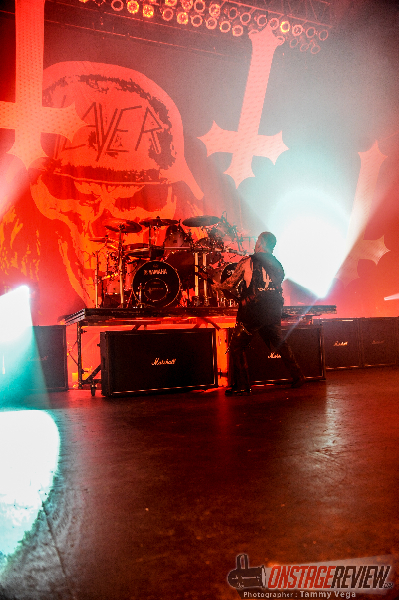 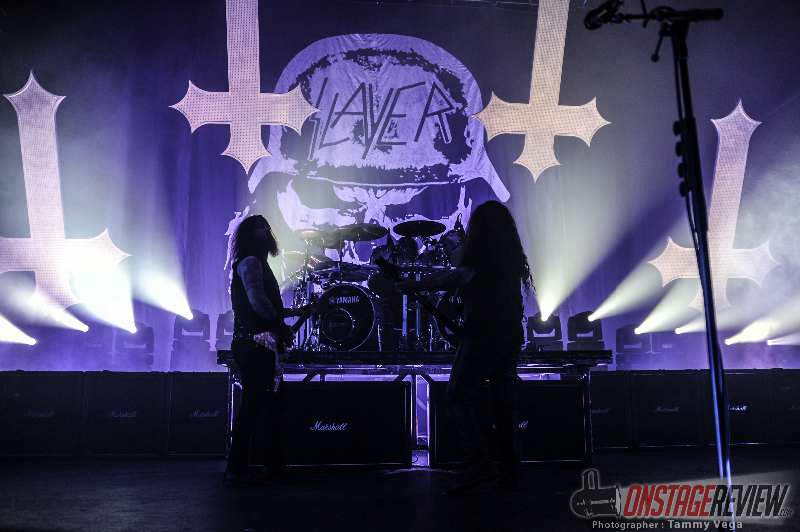 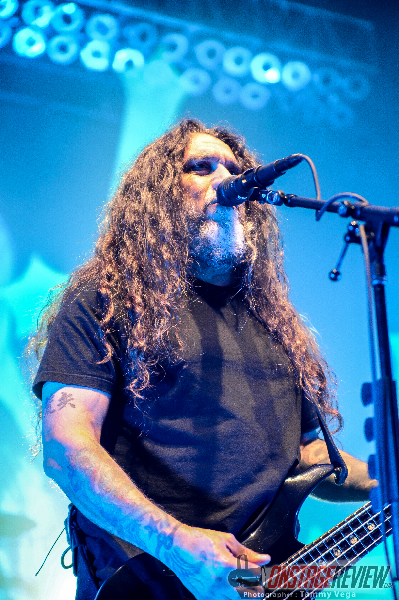 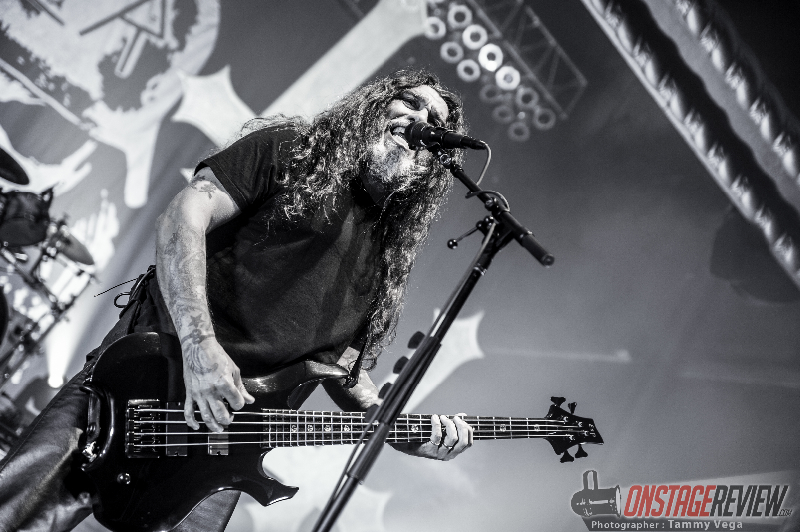 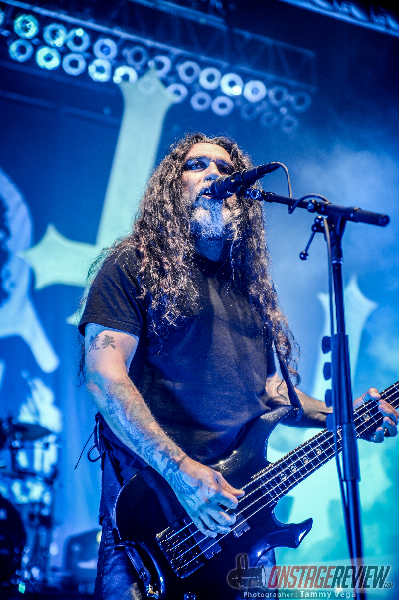 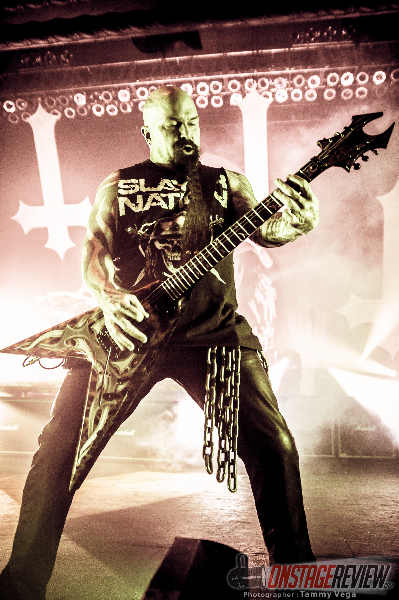 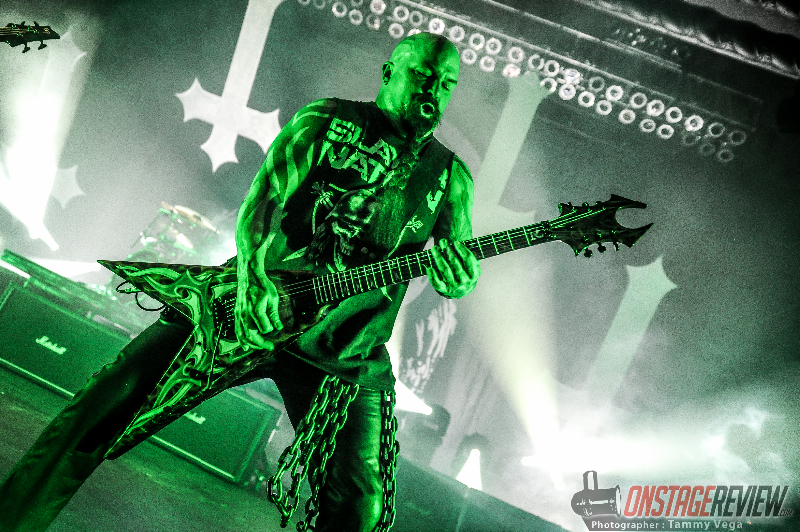 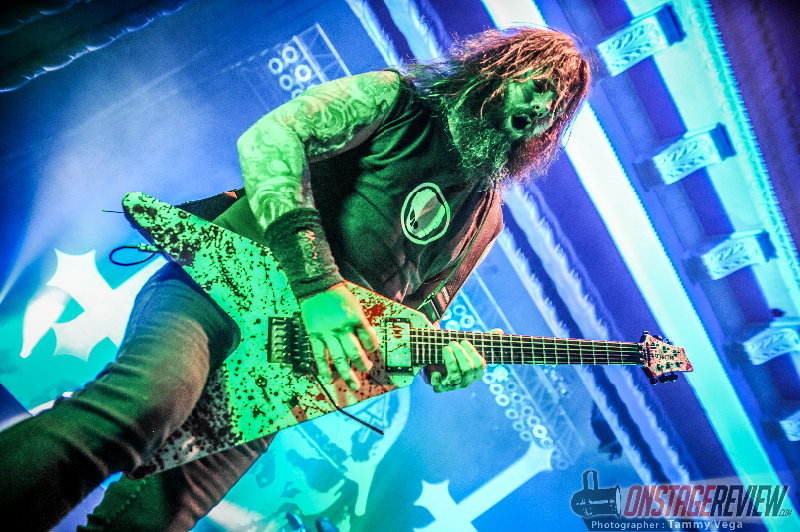 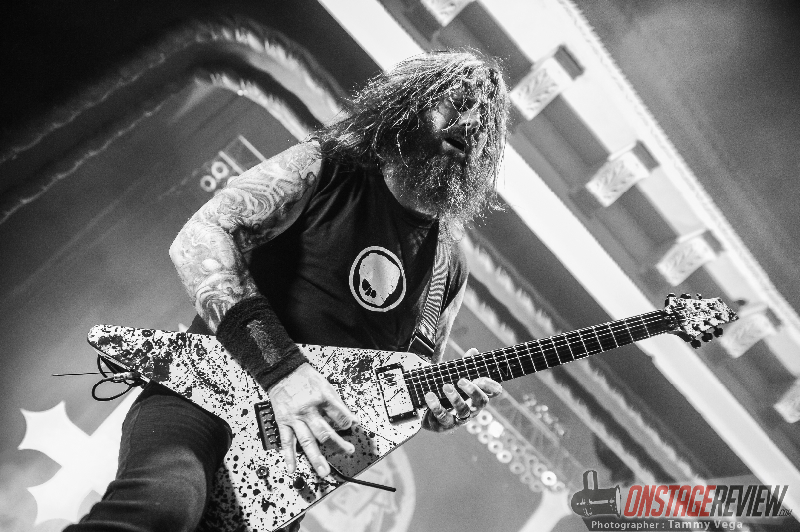 Tammy Vega is a Chicago based photographer/hair stylist who lives for the thrill of a live show. She’s only been photographing since 2011 but her passion keeps her inspired to continue learning and exploring all there is to know in the world of photography. Never thinking this was going to be more than a hobby, her work began to get recognized and published which eventually led to the opportunity of working alongside Frank Mastalerz at FM Entertainment. Since then, her love for the music industry has grown tremendously, and she continues to strive to make her dream of working with music a lifelong career. Instagram: @tammyvega_ Twitter: @tammyvega_ Facebook: https://www.facebook.com/redeyev
Related ItemsFeatured
← Previous Story HELLYEAH @ Mojoes – Joliet, IL
Next Story → ADRENALINE MOB @ Castle Theater – Bloomington, IL