Monster Energy’s Welcome To Rockville Day 1 overflowed with unbelievable artists all across the grounds. Tammy and I were so lucky to be able to cover the festival – here’s a recap of our favorite acts from Friday!

Hellyeah puts on a show unlike any other. It doesn’t matter what genre of music you like, a passion-filled show can be appreciated by any true music lover, and that is exactly what Hellyeah delivers night after night. New members Kyle Sanders and Chris Brady added a new element to the band, giving a new spark to the existing members, feeding off all of their energies, while bringing their own unique styles to the stage. Kyle’s bass playing is unlike anything you’ve seen, finger picking faster than thought humanly possible, and all while screaming back-ups for Chad you can’t be anything but impressed. They played two songs off their new album, “Sangre Por Sangre” and “Cross to Bier,” giving the fans a tiny sample of what they are bringing with the new record, and man is it heavy!

Alter Bridge stepped on to the Monster Energy East Stage and powered right into “Addicted To Pain,” making the entire audience cheer and sing along to the popular song with their fists in the air. Without pausing, they played “Come To Life” and “Cry of Achilles” after which Myles took a sip of water and said hello to Jacksonville. Throughout the show, I was confused at first as to why Alter Bridge didn’t pause more often to talk to the audience, but I quickly realized it’s because they let their playing talk for them. Normally bands will explain songs before they play them, but Alter Bridge just kept rocking, letting their passionate lyrics and playing explain itself.

After seeing Fozzy a few times before when they played the Midwest and becoming friends with them, we wanted to support their set so we headed over to the Ernie Ball stage after Alter Bridge. After playing some favorites like “Enemy” and “God Pounds Nails” we heard some people talking in the crowd, and all of a sudden a guy said, “That’s Y2J! The wrestler, Chris Jericho! He’s here to save us!” We couldn’t help but laugh while we rocked out to their soon-to-be newest single “Lights Go Out.”

Walking up to see A Day to Remember at the Monster Energy West Stage was like walking in to a raging party. The sun was setting, most everyone was either a little tipsy from drinking all day or just happy that the sun was finally going down so they could cool off. We instantly got smiles on our faces, excited to see ADTR. Then they came running out, playing “All I Want,” and the crowd became one big family, cheering with their arms in the air. Later, Jeremy McKinnon told the crowd that instead of crowd surfing during the next song he wanted people to surf ON crowd surfers, using the crowd surfers as surf boards and then proceeding to stand on them. Watching people try to human surf was one of the funniest memories of the weekend, and then, three songs later, Jeremy paused to point out and laugh that people were STILL trying to surf. They definitely have majorly dedicated fans.

After the sun went down Avenged Sevenfold concluded the night at the Monster Energy West Stage, and they lit up the entire grounds with their show. They barreled out to “Shepherd of Fire” and kept the energy going strong with “Bat Country” and “Hail to the King” later. Their pyrotechnic show proved to be one of the most awe-inspiring acts we’ve seen. I can’t do anything but applaud them for their audacity and willingness to give their fans the best, craziest show they attend all year, even if it means having their “office” for the day be surrounded in fire for the majority of the hour they play. We were a few rows back in the crowd and we felt the heat from the stage, so I can’t imagine how hot it must be actually up there. They still managed to put all of their energy behind every song and every movement they made on stage, keeping the crowd hyped and jumping around all night. They ended with “This Means War” and “Unholy Confessions,” leaving everyone who attended Day 1 with a great concert experience and story, all looking forward to the next day and what it would hold. 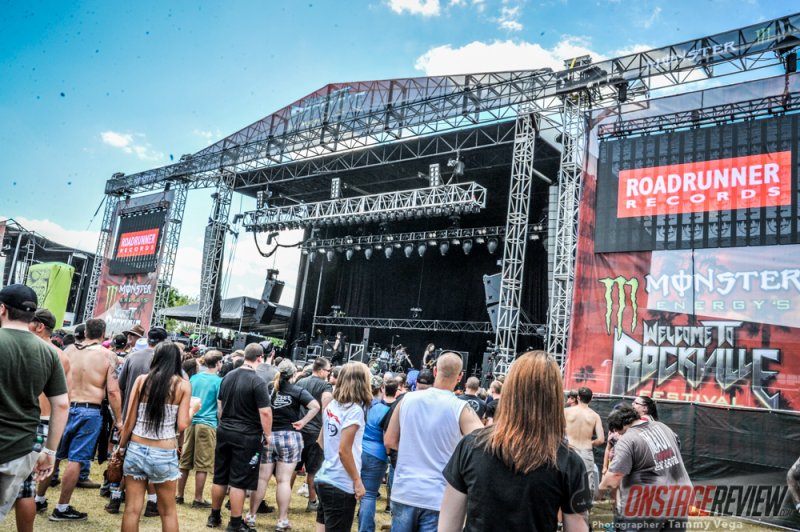 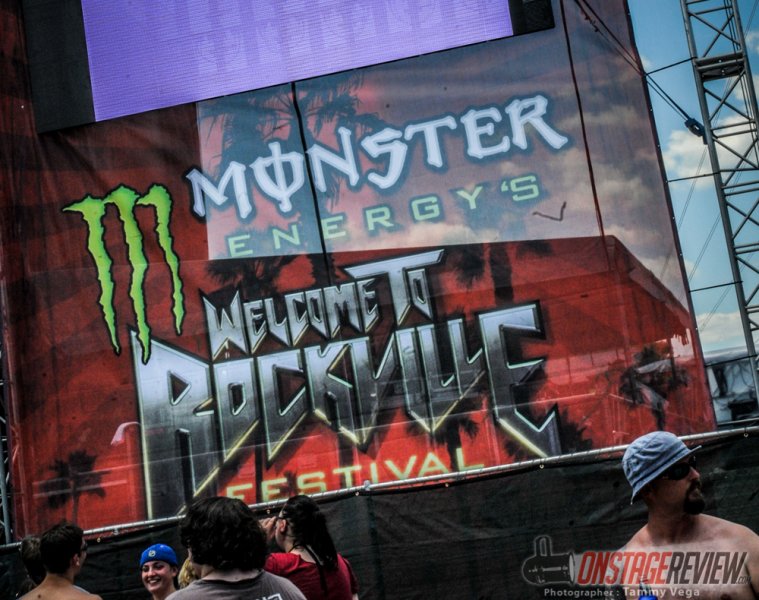 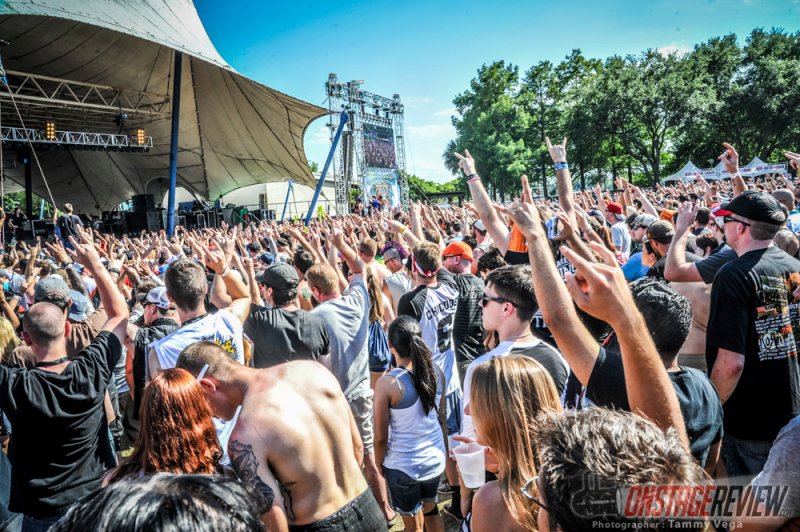 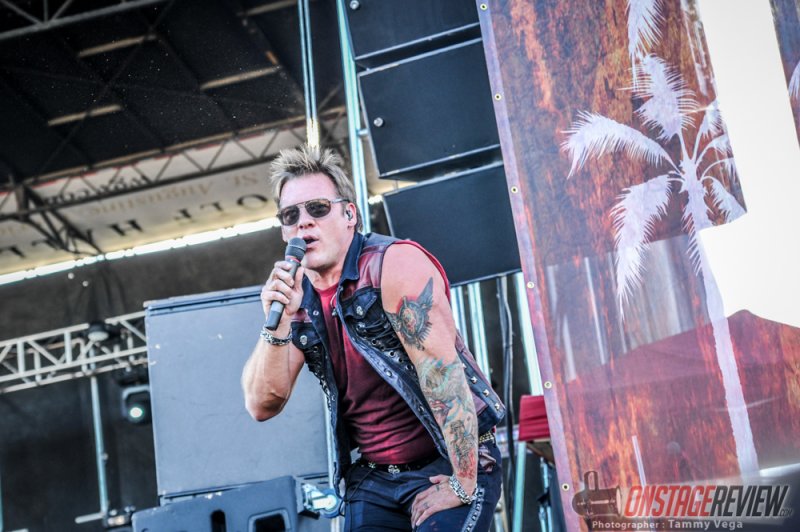 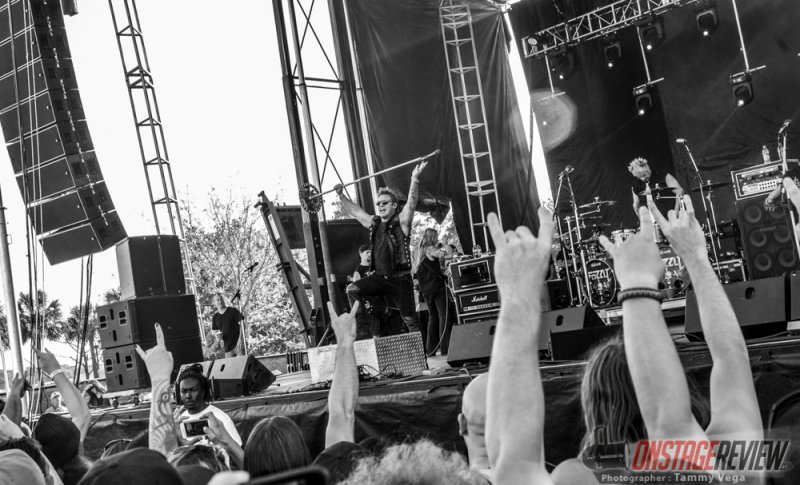 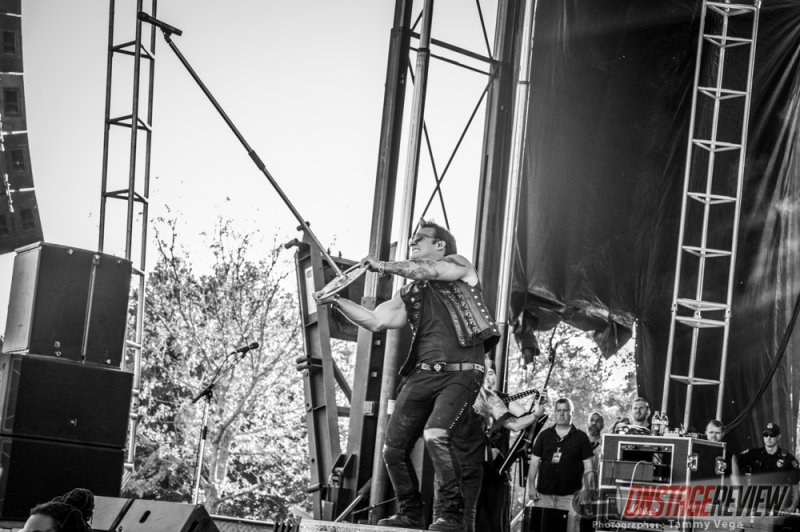 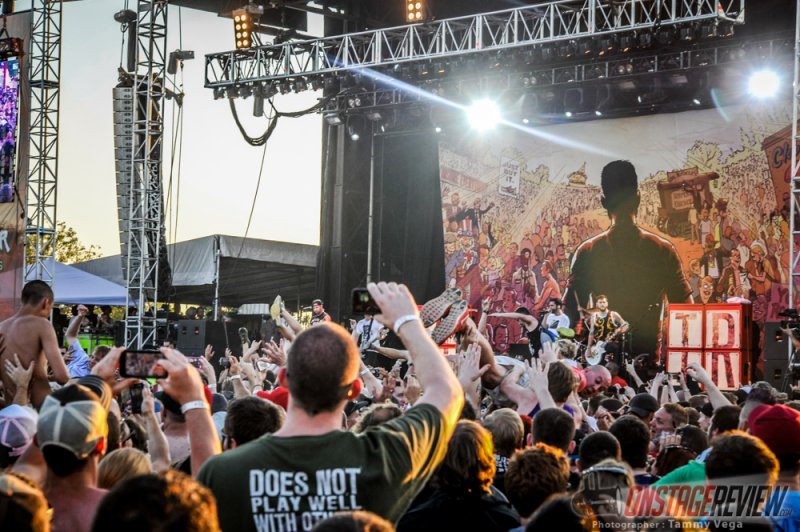 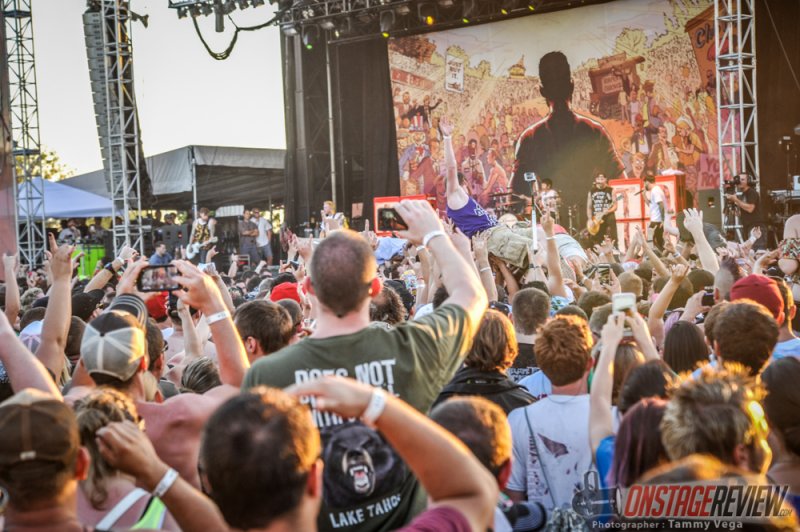 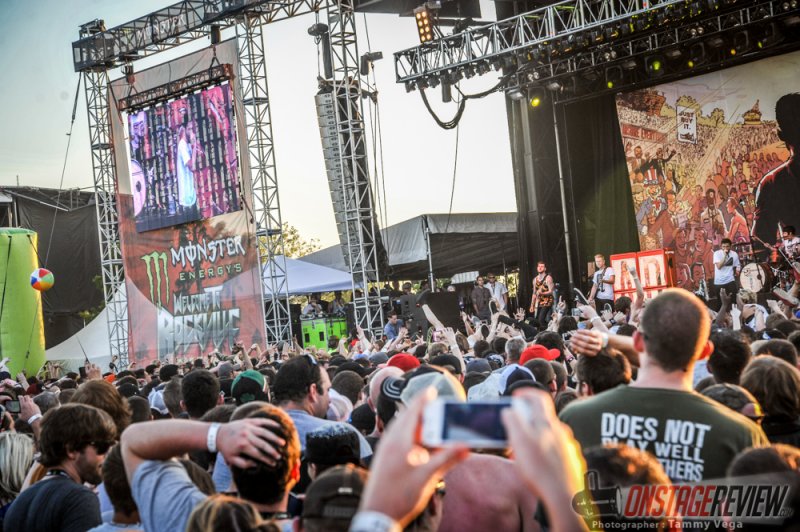 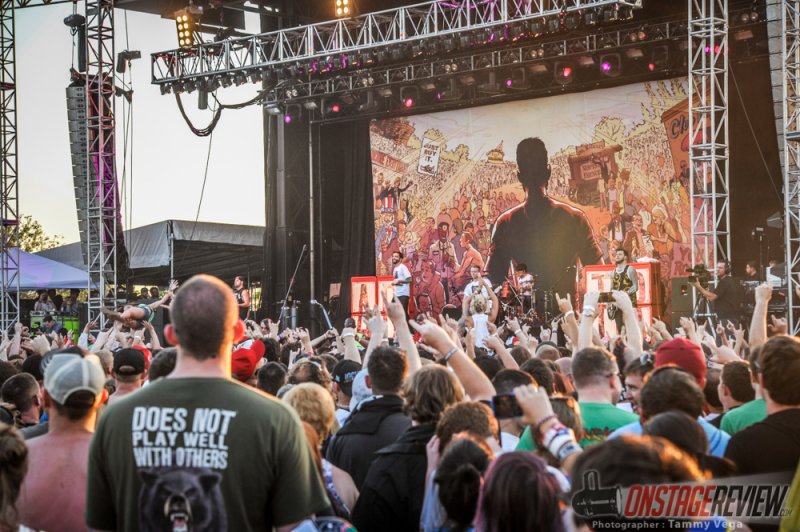 Kat Corbo is currently a student at UW-Madison studying Communication Arts and Business. She recently stopped writing for her school's newspaper and moved to the On Stage Review in order to keep her artistic freedom and to be able to freely write and review anything that she felt passionate about. 99% of the time you can catch Kat wherever Red is (don’t be fooled, they WILL drive 6+ hours for a good live show!). They’re a one of a kind duo that hopes to inspire young people their age to see that rock n’ roll is alive and well!
Related Items
← Previous Story ADRENALINE MOB @ Another Hole In The Wall – Steger, IL
Next Story → WELCOME TO ROCKVILLE DAY 2 – Jacksonville, FL