By John Feinberg on November 12, 2021@JOHNJFEINBERG 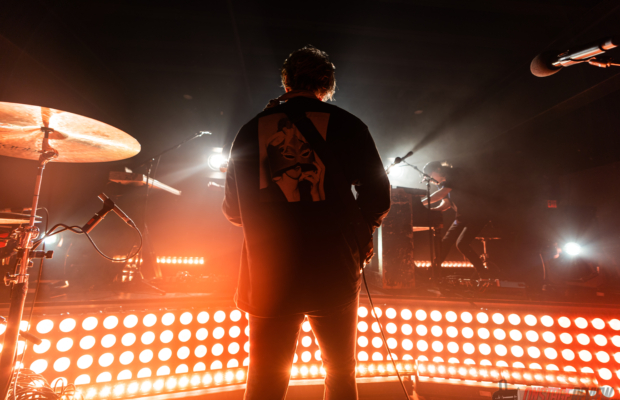 Tennessee has and continues to pump out great, young talent and Colony House is no different. They’ve got some Christian-rock roots thanks to the father of two band members, Steven Curtis Chapman. The brothers Caleb and Will Chapman are joined by Scottie Mills and Parke Cottrell. The band is on their Before You Know It tour and stopped by Austin on a surprisingly-chilly Thursday night at Antone’s Night Club. It’s one of the smallest venues on their tour, but that’s a good thing. The boys from Tennessee know how to fill a room with some amazing mix of upbeat, airy and fast light rock. On this particular stop, guitarist Scottie Mills was expecting his third child and remained at-home while lead singer Caleb did his best to fill in the vocals and strings.

Colony House focuses a lot on the harmonics of their vocals, which is an interesting choice for this type of music. Listen to the band’s Julia intro to get an idea of that style. It’s toned-down, raw and as mentioned, focused on vocals. But even popular, instrument-heavy songs like You Know It has Caleb’s vocals as the harmony, rather than the accompanying guitars or keys. It isn’t until their latest EP in 2021, Rotten Tomatoes, does this style change and rely on instruments to carry the tone and harmony. It’s a little different than all previous albums and seems to add a bit of pop and remove a little of the rock. Not a bad thing, but definitely starting to shift their tone from what they’re known for. Lights On on their latest album is a good example of this. However, you’ll still find old Colony House in the mix, thanks in part to a song featuring opener Fleurie with the song Automatic. It sounds, feels and definitely performs live like old Colony House. Let’s hope this style stays; it suits them so well. 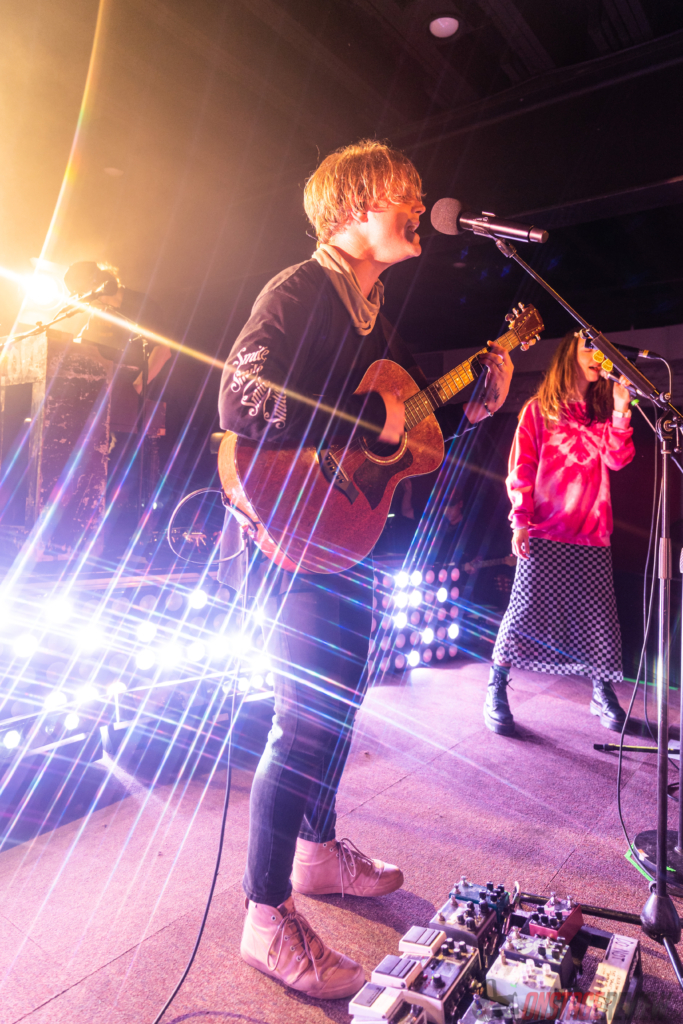 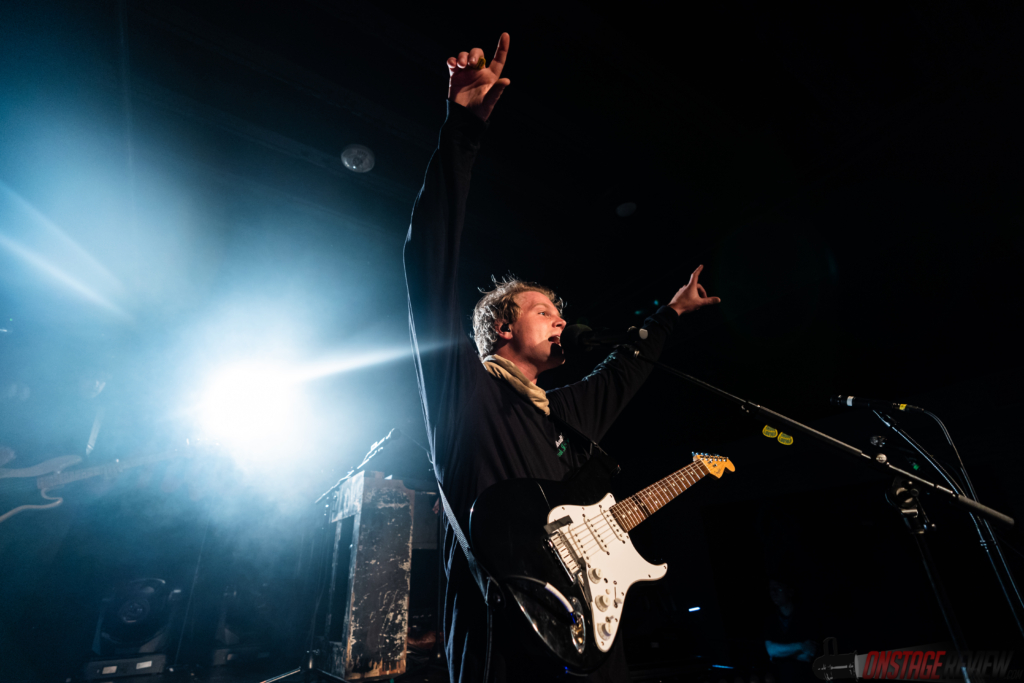 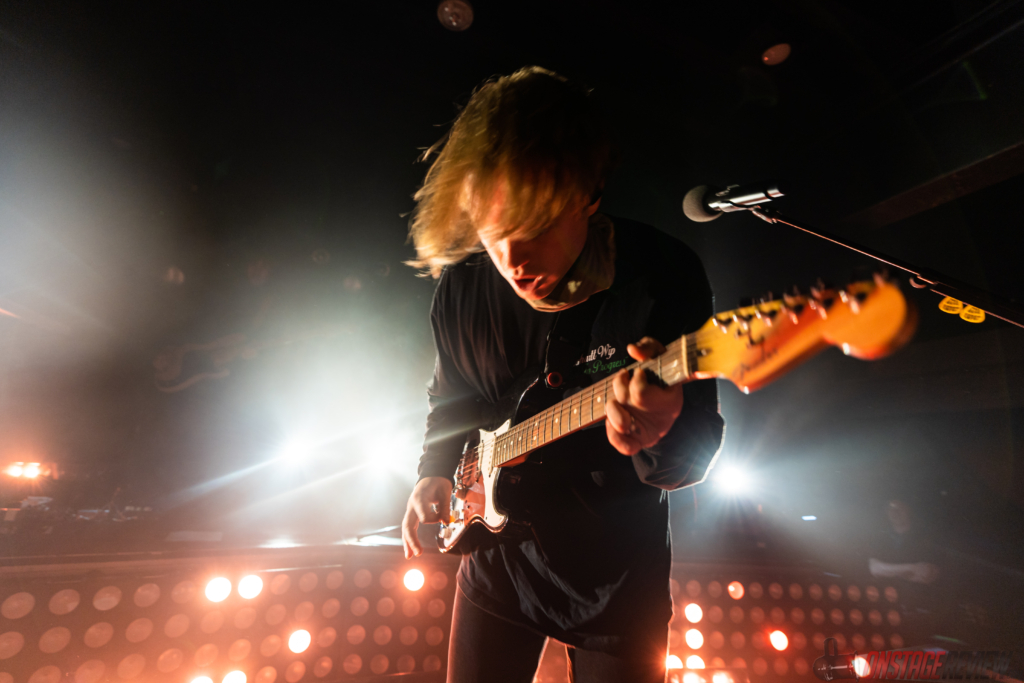 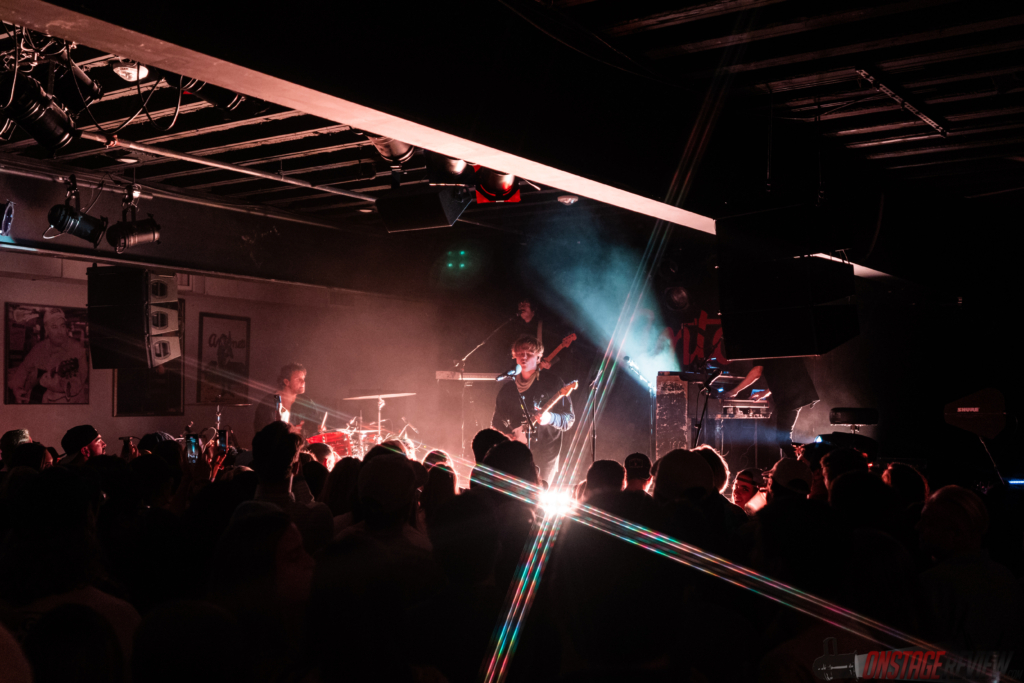 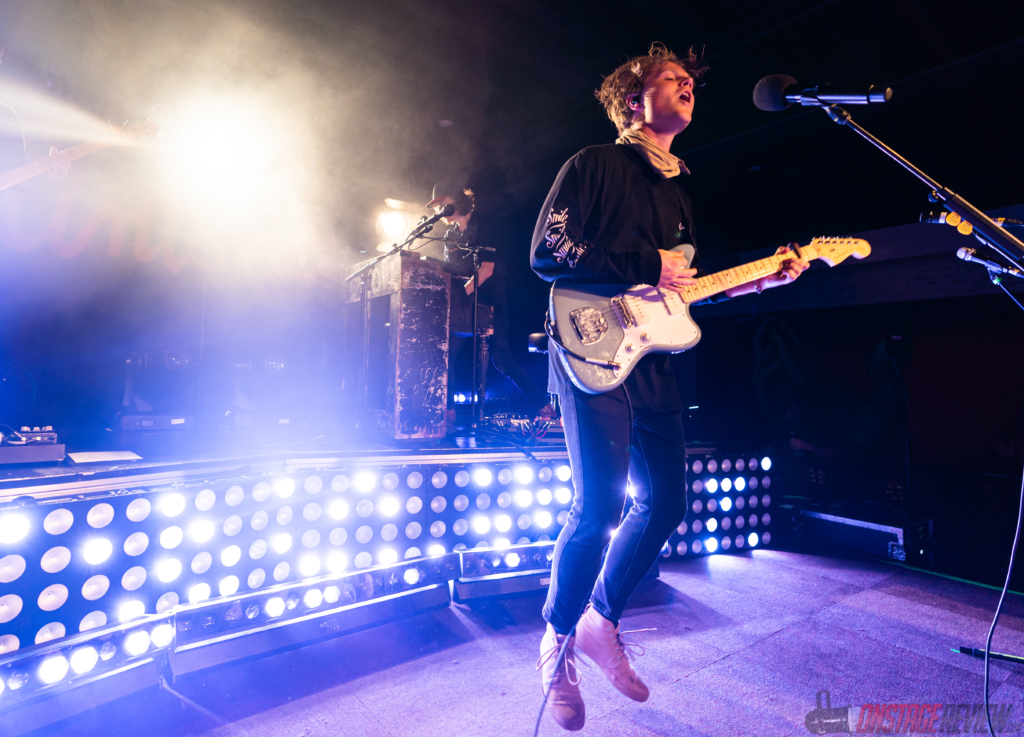 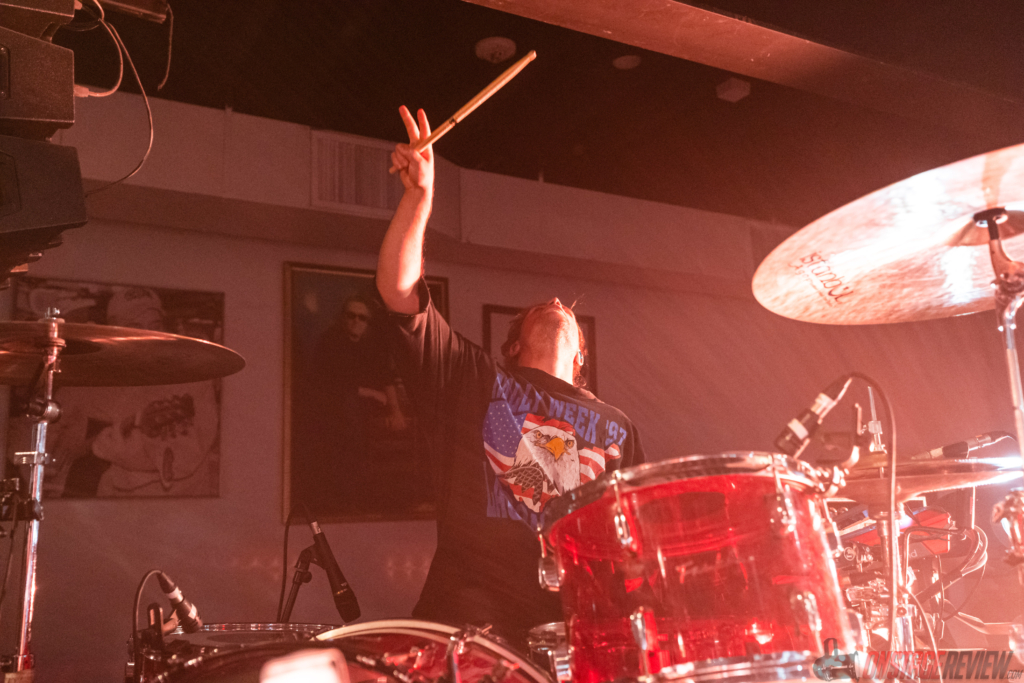 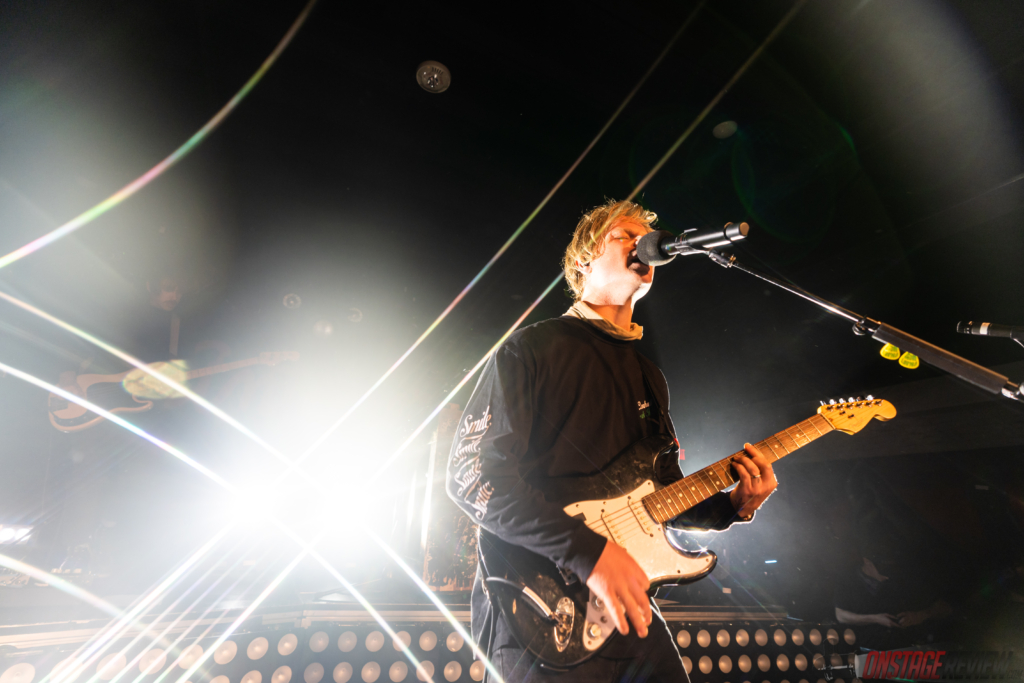 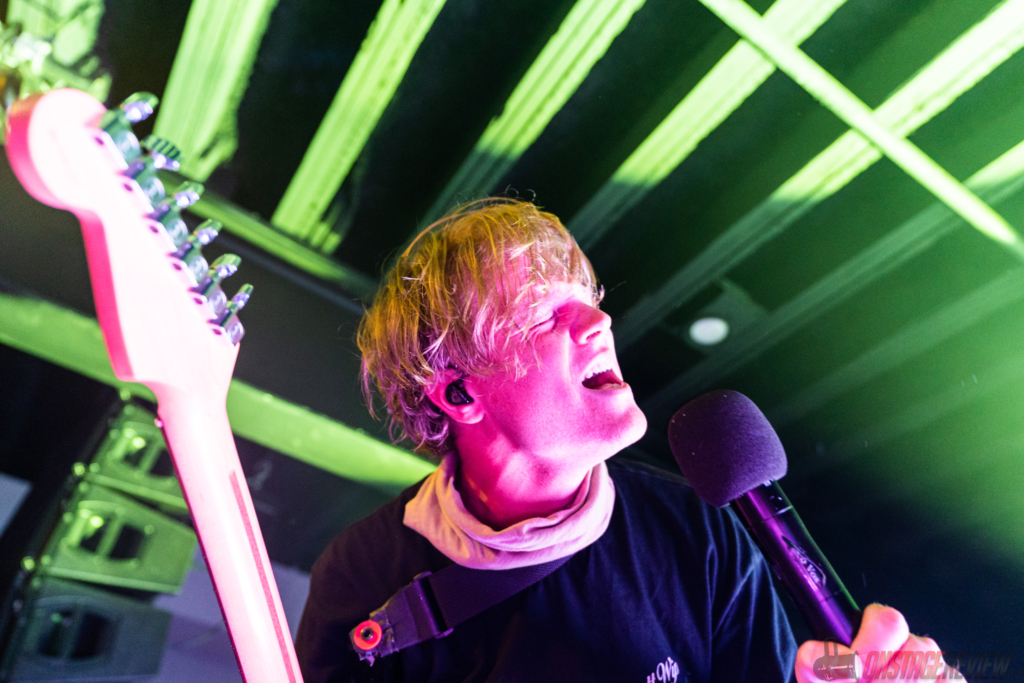 One interesting aspect of the band’s tour is having drummer Will Chapman up front on the stage, rather than usually burying the cymbals and toms behind the guitars and keys on the back of the stage. It’s not all that common and definitely helps keep Will up front-and-center with the lighting. In a smaller venue like Antone’s though, it does do a disservice to the sound though. The drums really can wash out any of the lyrics in a smaller venue without any acoustic treatment, and that’s before any amplification of the kit. It’s a sacrifice of sound for a unique show; I don’t know if this is how they’ve always done their shows but it definitely could have provided better sound if the drums were further back on the stage.

Joining Colony House on their tour is singer-songwriter Fleurie, known very well for her cinematic work and especially for the song Soldier. She started her musical career in soundtrack work and her style has shifted to independent songwriting in the last few years. Initially, her vocals were very soft and light, almost whisper-like. As she’s continued, her music and vocal work has become bold, dramatic and strong. It’s closely related to pop, as her latest EP Millenium Angel will showcase. Interestingly enough, most of her songs still include acoustic drummer accompaniment rather than relying on digital sampling which seems to be outside the norm these days for an individual singer-songwriter. 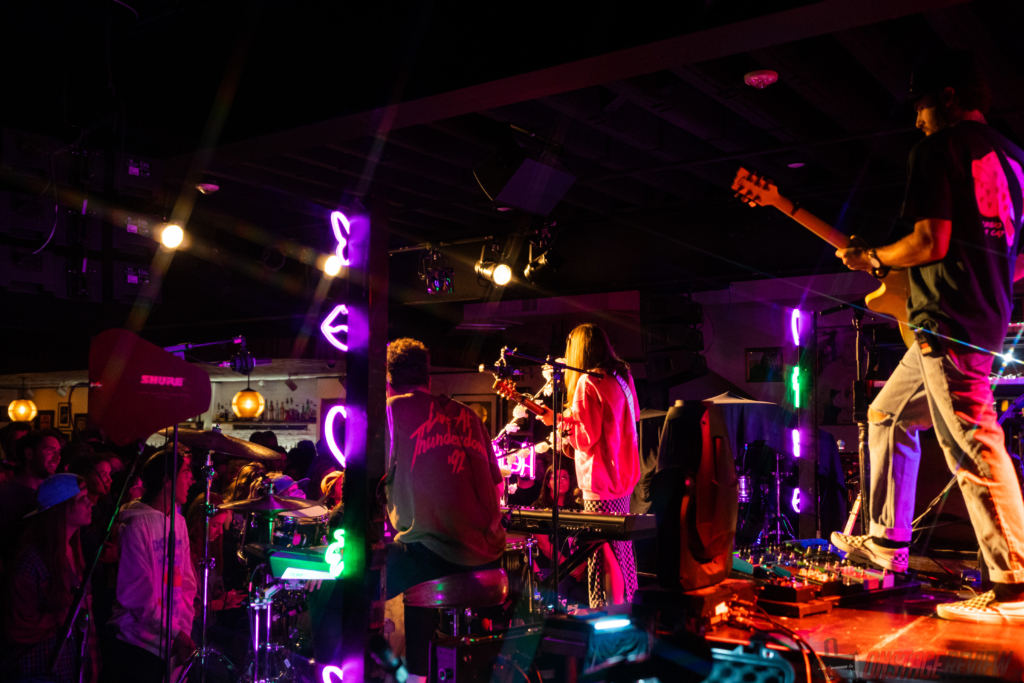 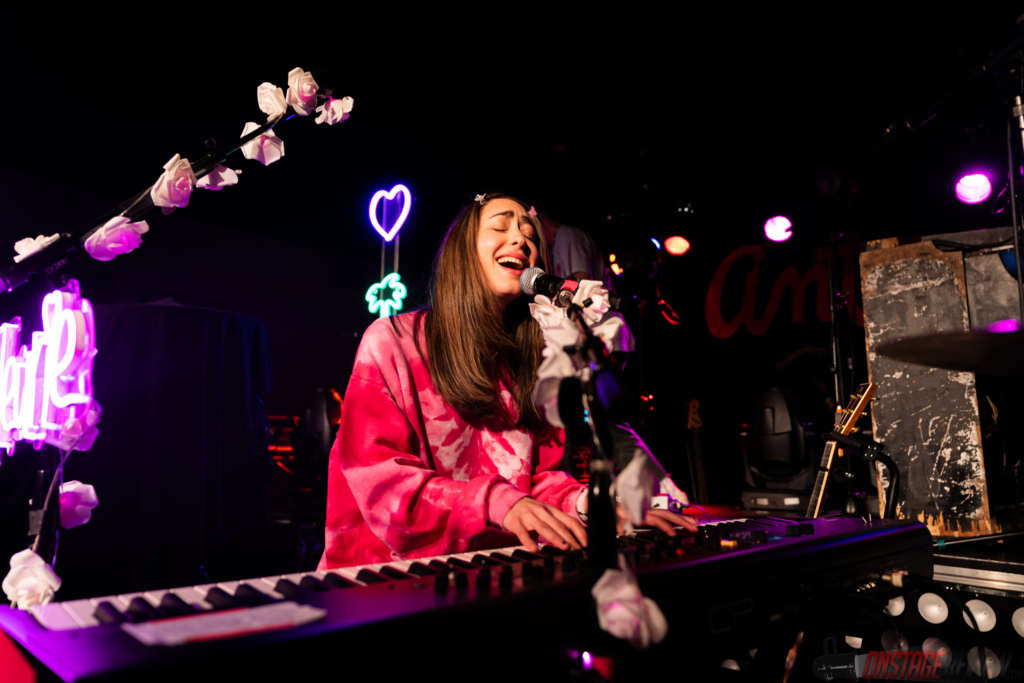 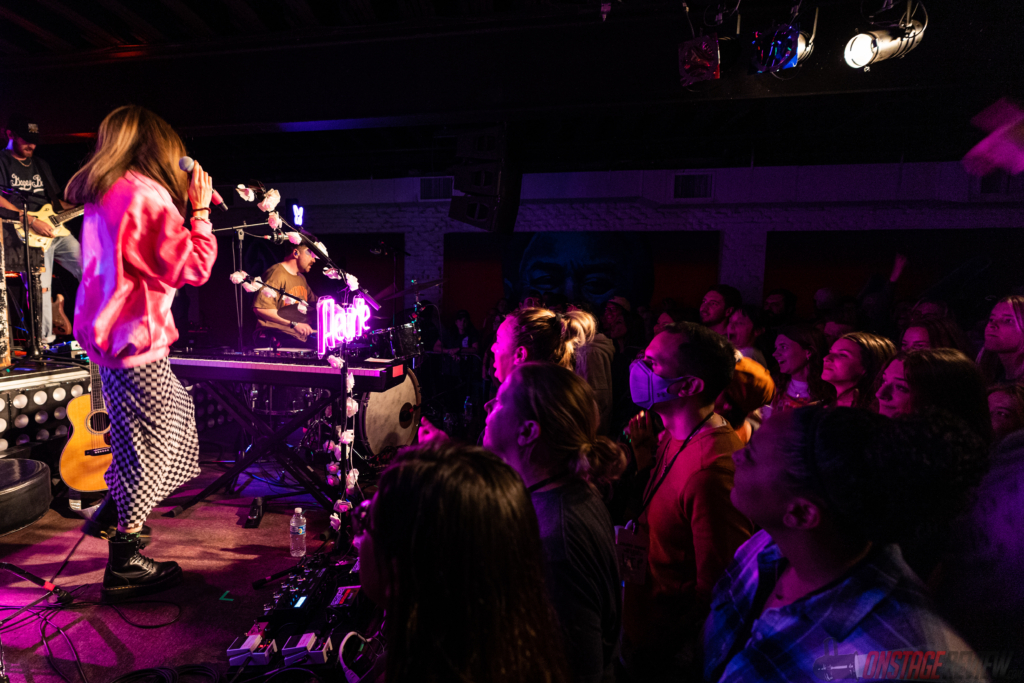 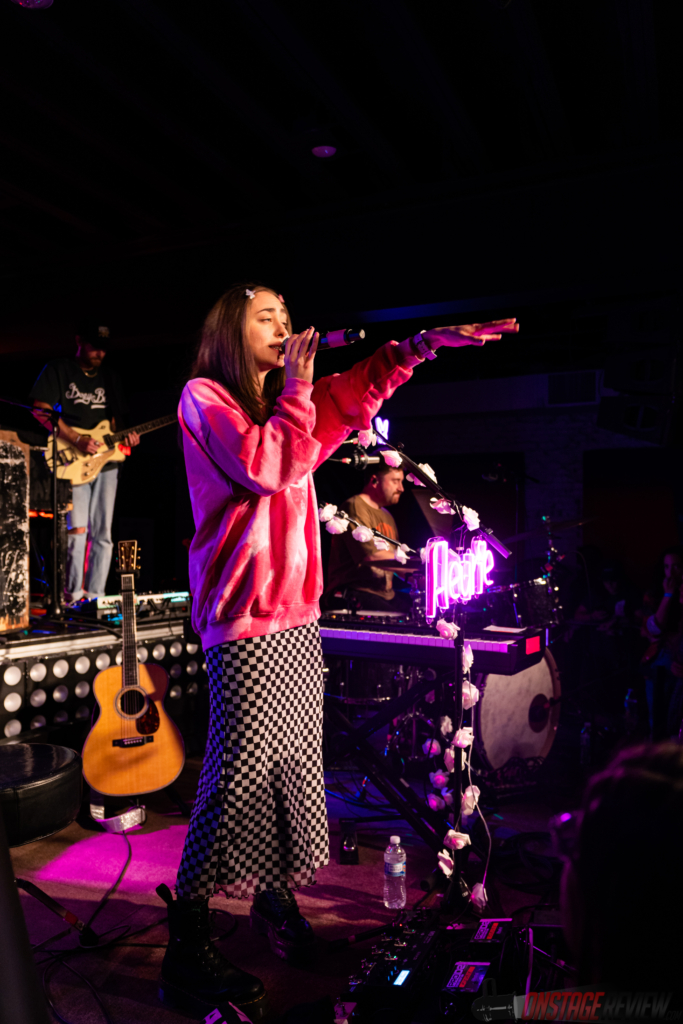 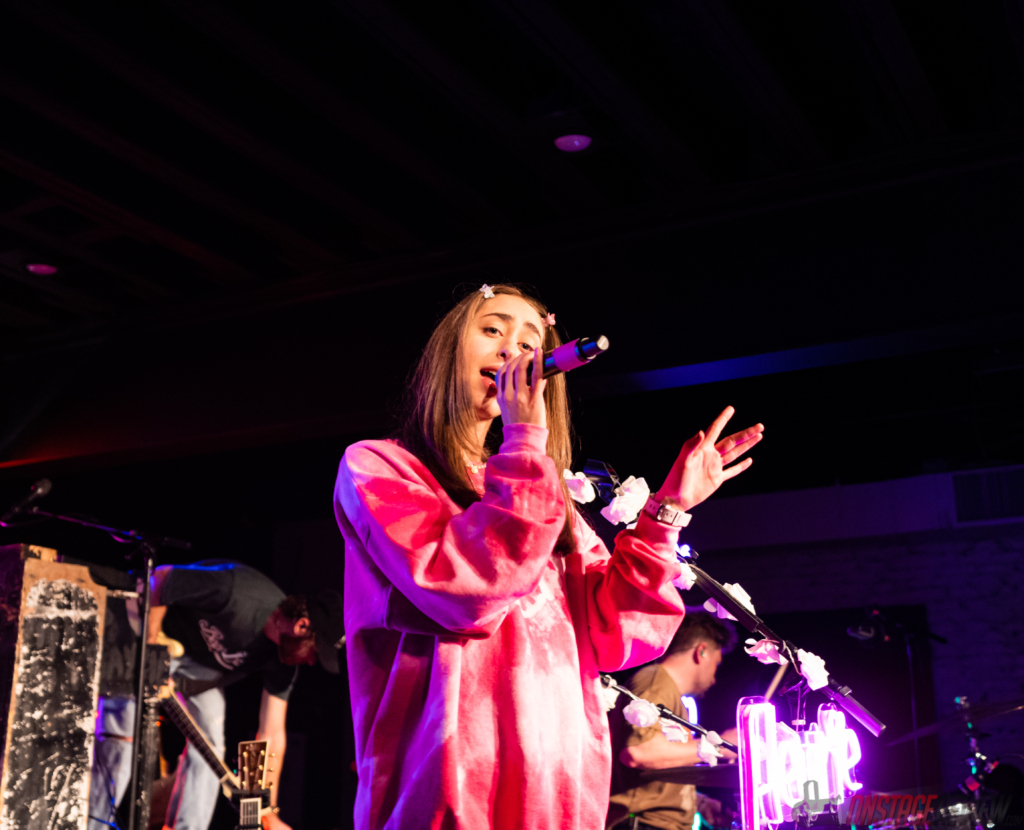 What Fleurie does very well is use whatever stage room she has. She’s not glued to the mic or the keyboard. She’s happy to dance, engage and feel free. It’s something that a lot of artists seem to be lacking on an individual-basis. Even on a smaller stage with tons of equipment surrounding her, Fleurie was on the stage edge, talking to fans between songs and provided that engagement you don’t often see these days. It’s refreshing, inviting and very welcomed.

Try your best to see Colony House and Fleurie on their last few stops on their tour together. You won’t be disappointed.