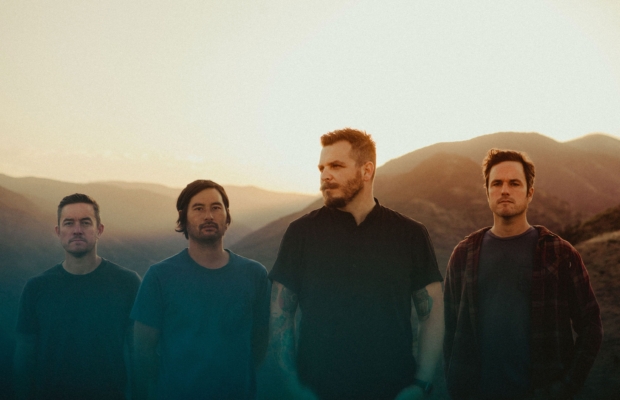 Thrice will be digitally releasing their 11th album, Horizons/East to the public on September 17th, 2021. With the last full-length release being in 2018, the Thrice fanbase has been waiting with bated breath for this new album in a time when new music is absolutely crucial. Being one of the best lyrical artists of the last 2 decades, frontman Dustin Kensrue of course had a lot to say on this new record.

Coming out the gate with some serious heat, the album begins with an absolute powerhouse track in “Color of the Sky.” This track reminds me a bit of the older albums in their discography, which is an absolute treat. There is a steady relentlessness which is a defining attribute of Thrice that is unparalleled. The very first thing I noticed was that the production seemed a bit different than previous albums. The bass tone cuts through a touch more, the guitar work has a nice layering approach that wasn’t quite the same on recent albums, and the vocals are more raw. In general, I feel like Thrice reached back to their roots in part on this one, which is wonderful, as it turns out this album was mostly self-produced by the band.
While you can certainly see the emotional tension of the last few years has built up on Dustin’s shoulders (and everyone else for that matter) there is still a beautiful balance of anger, concern, empathy, and hope aimed at humanity from Dustin and the rest of the band. With lyrics like “I can see a better way to build the world, where every hand is held and holding on,” they are clearly still trying to help keep our eyes open and our hearts inspired. This lyric was among a handful of others that put tears in my eyes on the first run-through, but I won’t spoil any others for you…
Musically, I noticed some influences I have not necessarily seen much of in the past such as 65daysofstatic, Long Distance Calling, and God is an Astronaut. The post-rock undertones were refreshing, but what caught my attention even more was the heavier almost doom-metal or drone-metal aspects that shined through here and there. The band would take the throttle from 100mph to 5mph, but then let those notes ring and really hold on to that intensity. Thrice has shown time and time again that they are capable of hitting aspects of nearly every single genre, and that their musicality has no bounds. This album is no exception to this fact. The evolution of this band has been one of the most versatile and well-rounded of any rock band from the last 20 years. They take heavy lyrics and couple them with even heavier riffs. They take meditative and inspiring lyrics and mash them with an atmospheric pressure that would crush those too weak to hold it, and they shine light on all of Dustin’s captivating poetry with an equally profound approach to their music. They understand the art of spacing, timing, intense build-ups, break-downs, and most of all musical climaxes better than most bands that land in the same conversation as they do. Thrice has given us another masterpiece in Horizons/East. I would suggest anyone listening to give the time and place to really immerse yourself in this one. Hold the lyrics in your hand and follow along with every word. I assure you it will be worth your time.
Thank you Thrice for always giving your fans records with sincere purpose, depth, and meaning. Every artist in the game should use your approach as a template.
We eagerly look forward to catching Thrice live at Concord Music Hall in Chicago on October 17th.
Thrice Tour Dates: https://thrice.net/tour/
Album Cover Art 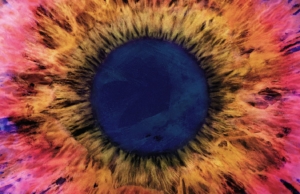 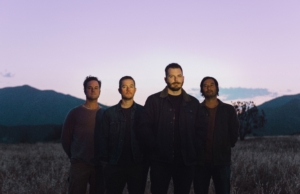 Dan Scheiman With an entirely open and unbiased obsession with music, Dan decided to take the opportunity given to him to share his thoughts for On Stage Review. Having been to hundreds of concerts of a variety of styles and genres over the years, he's no stranger to live music. He has been playing bass guitar for over twelve years now and has been dabbling in vocal work, drums, and piano for almost as long. Growing up listening to metal and industrial then transitioning into jazz and classical, and now having a particular love for funk or anything that grooves; his perspective comes from a well-rounded musical background and some amateur experience as a musician. He has too many favorite bands to list, but some of his favorite live experiences include: Sigur Ros, Porcupine Tree, Papadosio, Tool, The Ocean, Animals As Leaders, Lettuce, and of course, Victor Wooten.
Related Items2021album reviewCHICAGOConcord Music HallDan ScheimanDustin KensrueFeaturedFM ENTERTAINMENTHorizons Eastnew albumnew musicon stage reviewReviewScavengersThrice
← Previous Story Motherfolk @ Empire Control Room & Garage – Austin, TX
Next Story → Stop Light Observations @ The Parish – Austin, TX