By John Feinberg on October 21, 2021@JOHNJFEINBERG 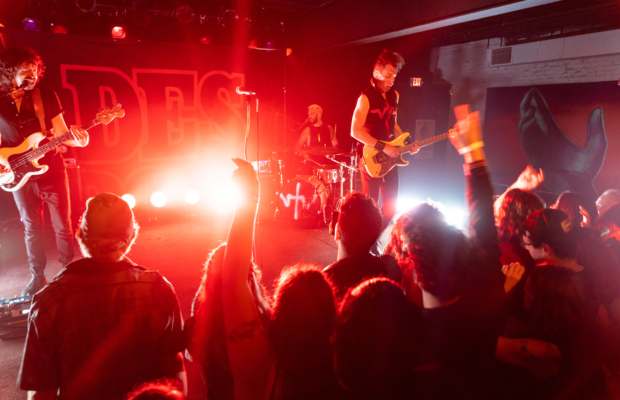 with opening act, The Velveteers

Des is similar to a lot of artists, but different. He’s got essences of so many popular musicians today, between a mix of the old sound of The Rolling Stones but in a modern era. That’s confusing, because that’s who Des is. He’s a mix of insanity with clarity. He’s an oxymoron in the rock world. And it suits him perfectly as the odd New Yorker he is.

If you listen to his recorded work – which by the way was recorded in his homemade studio – you’ll find a mix of arena rock and some light alternative/grunge mixed in. But if you manage to catch him on his first headlining tour – the Alive Tour – you’ll find his true self on the stage. He’s deserves a stage often three times the size he plays on, for both his skill but mainly for his energy. Being stationary in front of the mic limits and ties his feet down, he’s meant to be on the edge of the stage within crowd’s reach. On a Tuesday night, you don’t expect a knockout performance from what was once a jazz club. You expect to get what you paid for, if at best. You definitely aren’t expecting what Des has to offer, so be prepared and be thrilled. His vocals, especially without any accompanying music, are unreal.

Listen to Used to the Darkness to get a better sense of that arena rock mentioned above. It’s a bit cleaner of a rock track with some great bass notes to get you grooving in the gym or jumping on your feet at his show. It holds some of this key energy I’m talking about. You won’t be able to hold back from tapping your foot or nodding along. Then turn up some Nothing Personal to get a better understanding of that oxymoron mentioned above. It is very different than a lot of his other tracks in that it sounds more like a style coming from a garage down the street. It’s harsh, it’s sharp, it’s loud and it’s in your face. During the show at Antone’s, it’s where the crowd really came alive and got involved. Des made sure of that. While the song may be nothing personal, Des made sure it became very personal; you could often find him engaging in eye contact with people in the crowd. It’s something that sounds minor until you realize that mostly every show you’ve been too recently either has performers staring into space or the backs of their own eyelids. It’s personal with Des, he connects with you and reels you into the energy he’s putting out. 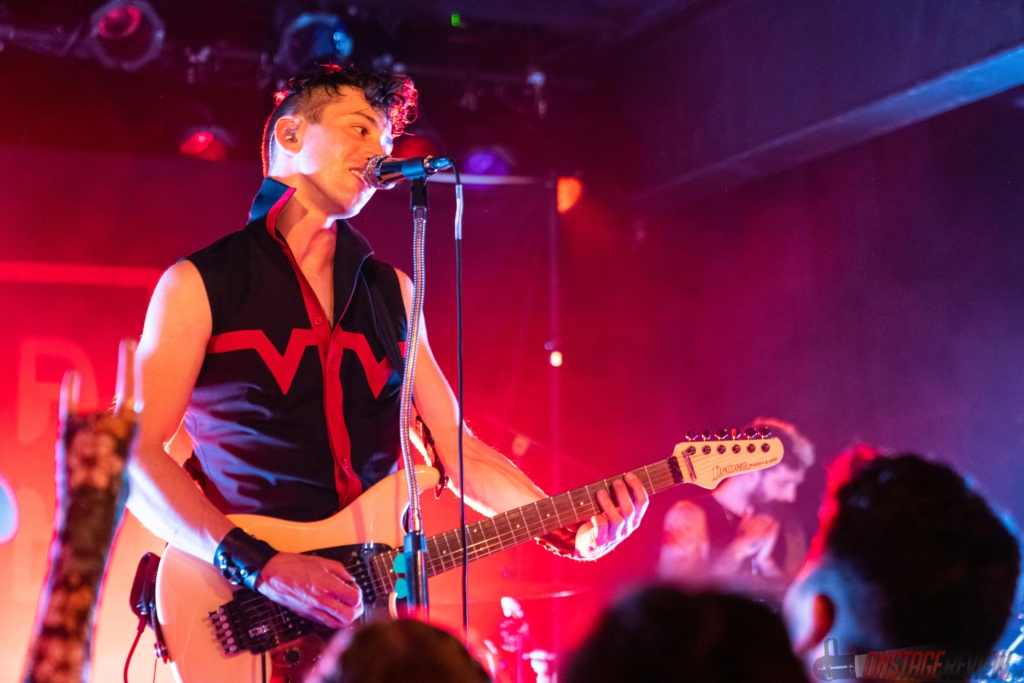 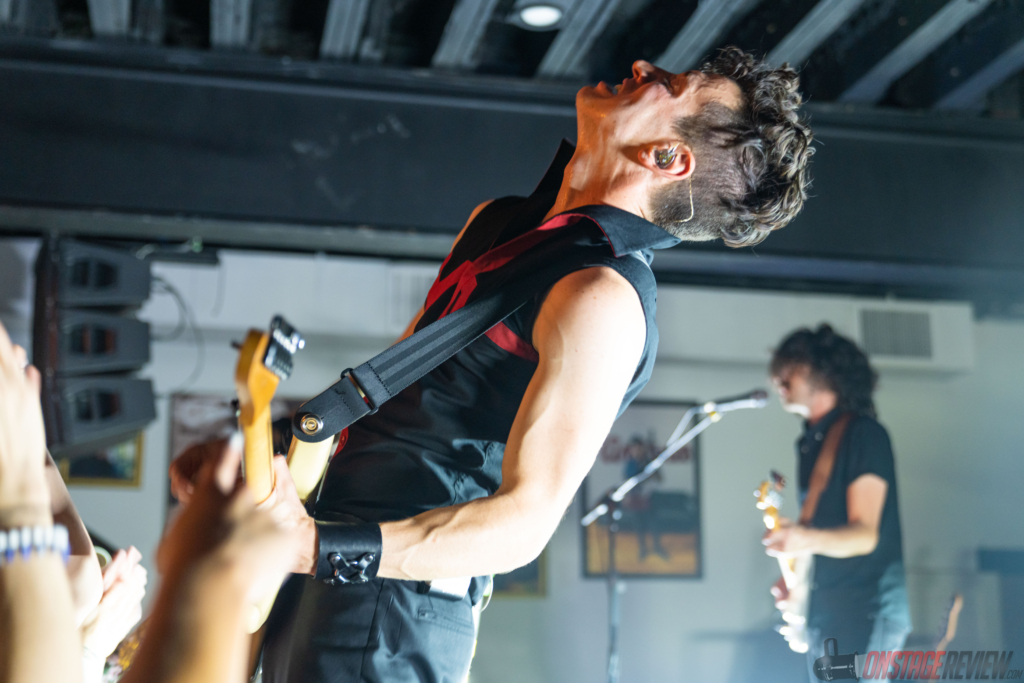 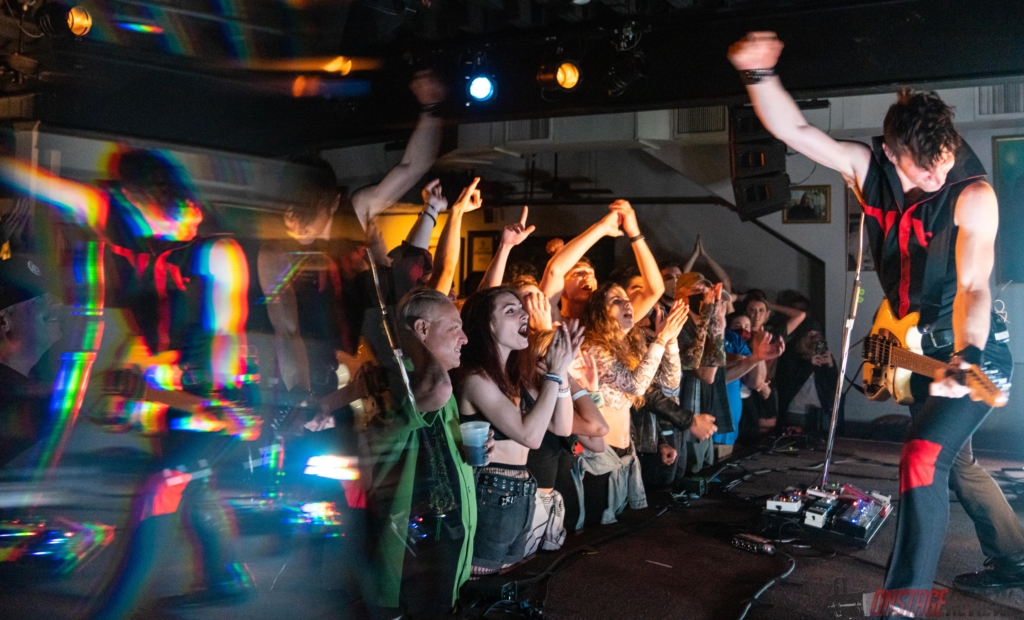 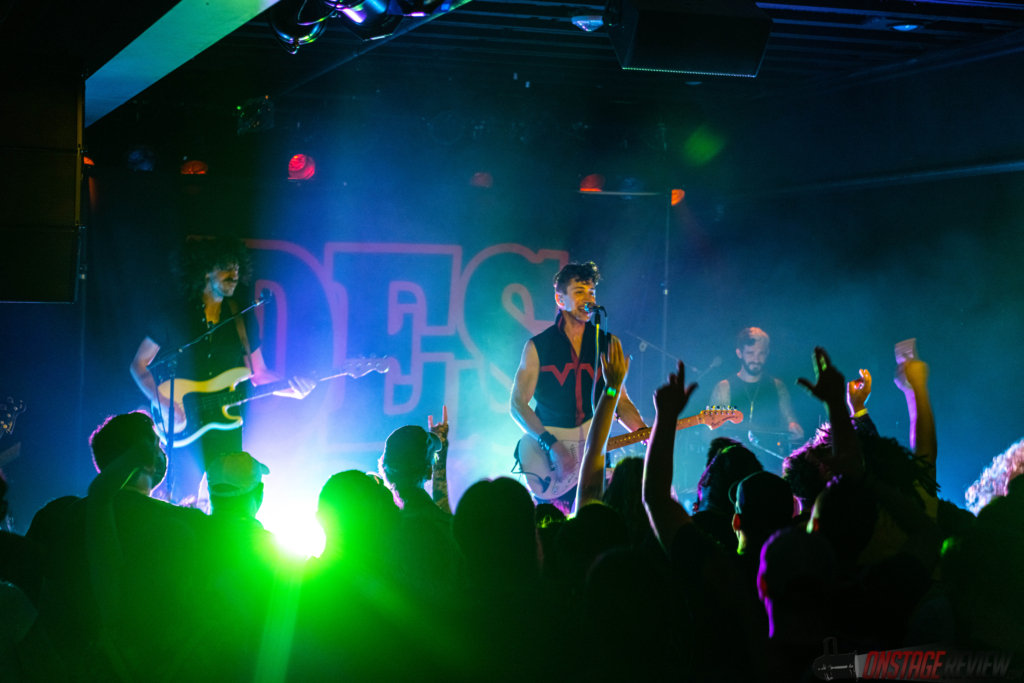 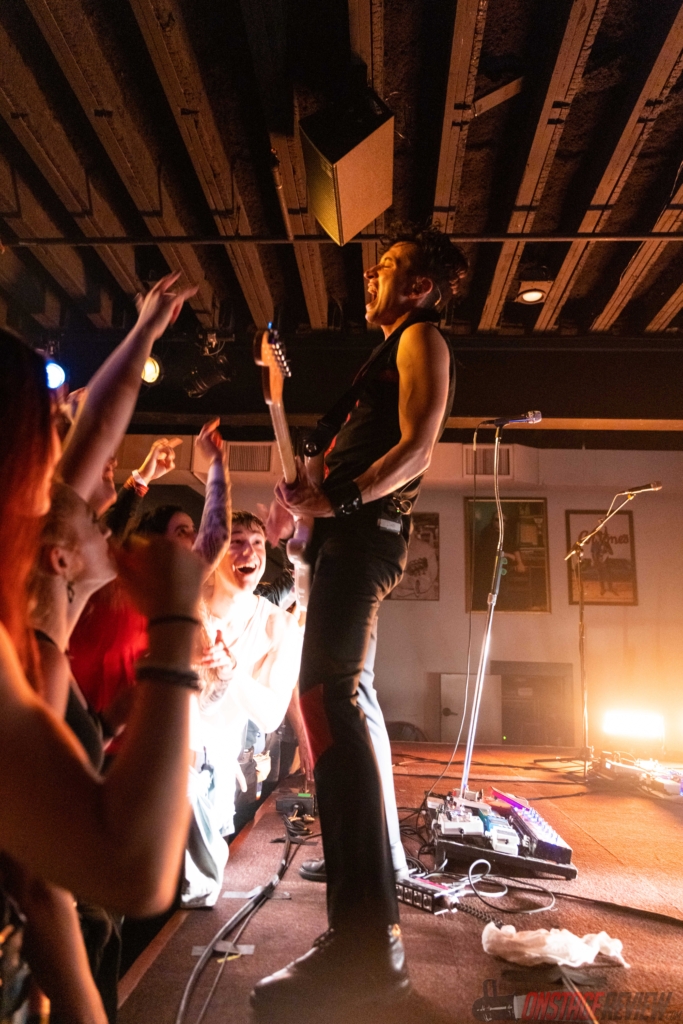 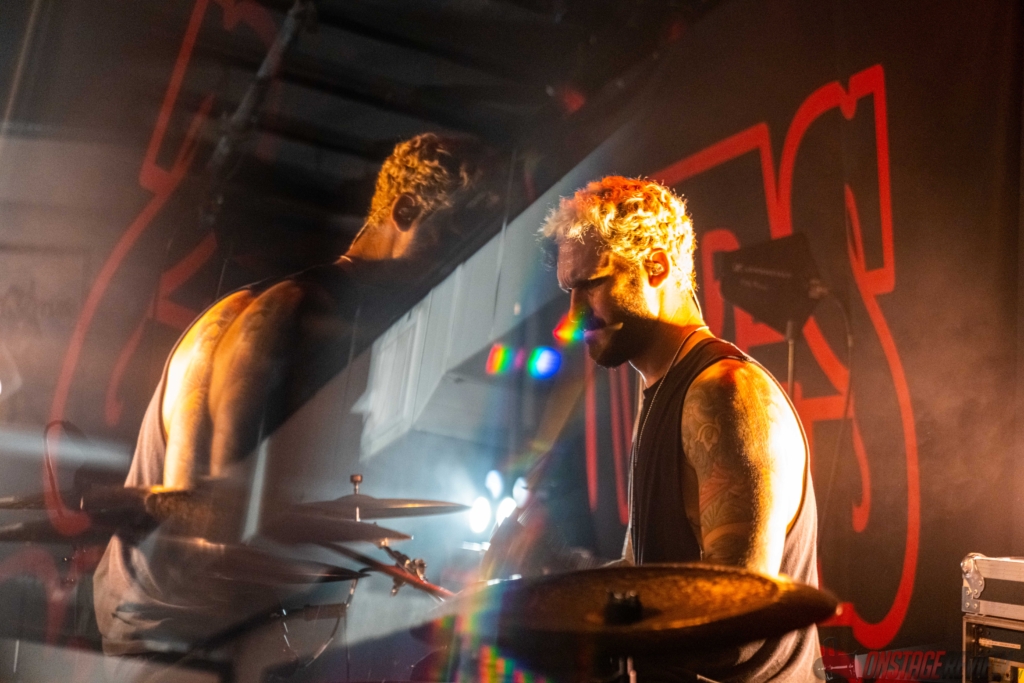 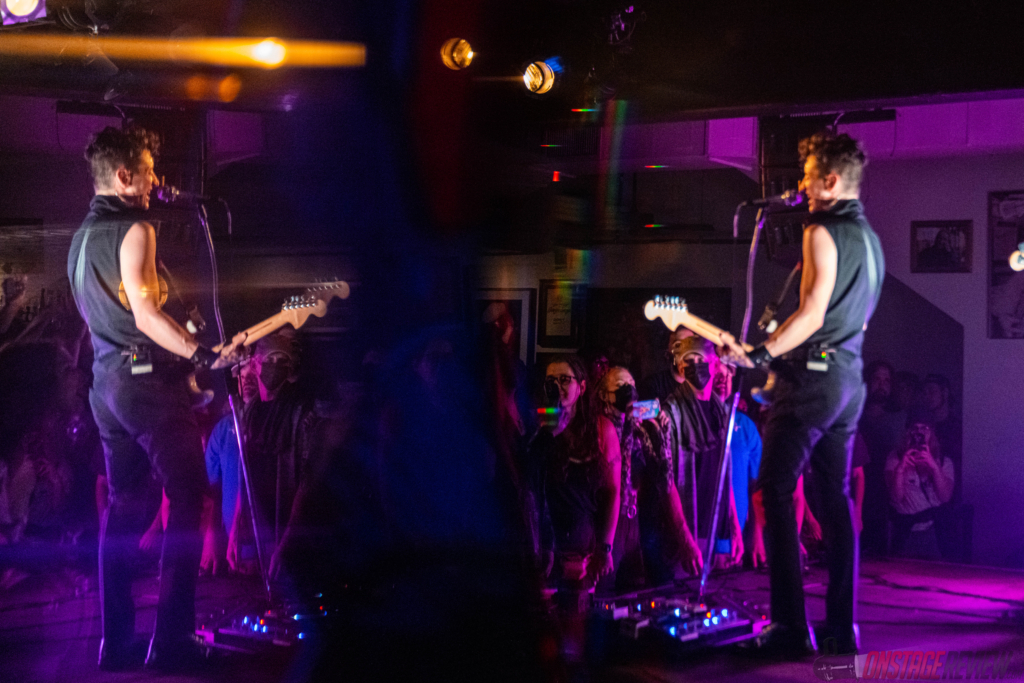 This is somewhat unlike someone who really got his big start in 2018 after going solo, especially for the tones and style of who he is. His latest album, A Real Good Person in a Real Bad Place, seems to hit the nail on the head and continues that oxymoron style mentioned. Between songs, he’s genuine and sweet. He really loves the guys he plays with, William Tully and Eric Mendelsohn. He really loves the crowd. But when he puts the mic back into the stand, he becomes this character that seems deeper, darker, meaner and full of hurt. It’s grunge if you ever heard it. Listen to Tick on his latest album to feel this energy recorded, it captures that tone well.

Opening for Des was The Velveteers, a group from Boulder, Colorado. They’re rough, they’re not yet fully polished. That’s exactly what you’d want to see at a smaller venue from an upcoming band. They’re not try-hards, they’re not trying to be something they’re not. They’re still up-and-coming and they’re developing a style that suits their look well. Singer/guitarist Demi Demitro, along with two drummers Baby Pottersmith and Jonny Fig, make up the bunch. I don’t know their reasoning behind two drums and while it looks cool, it didn’t seem to add too much to the actual sound or show. The band claims they want to strip down rock to very basics, which they’ve accomplished well. But it leaves one wondering if they’ve maybe doubled down too far and should keep Johnny Fig on the keys or guitar more often. I found that most of the songs when Jonny was off the drums and on the strings that he really complemented the band soundtrack very well. I think you can sacrifice a lot in music, but not having a backing rhythm guitar, bass or keys really leaves a lot of dead air that could otherwise work wonders. Jonny, keep rocking in an upright position man, sitting isn’t doing you nor the band any good. 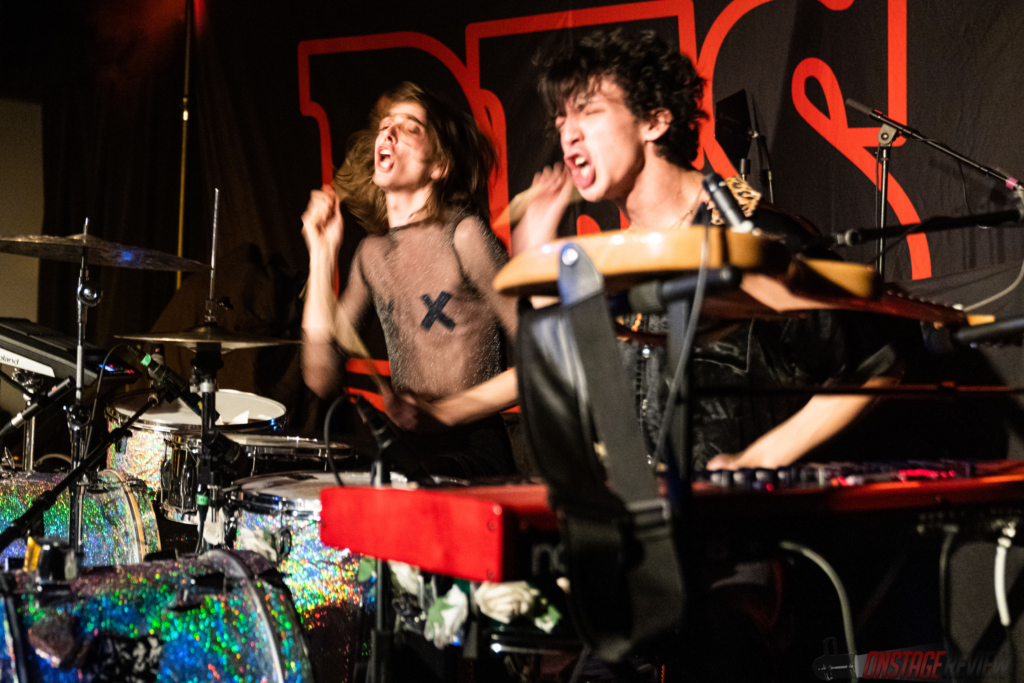 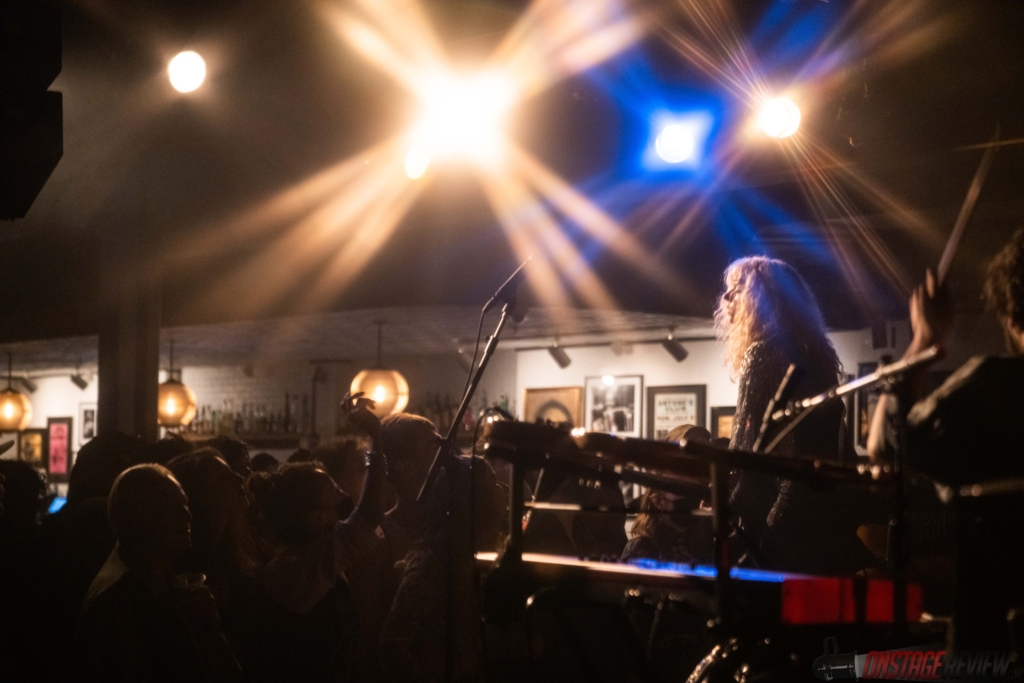 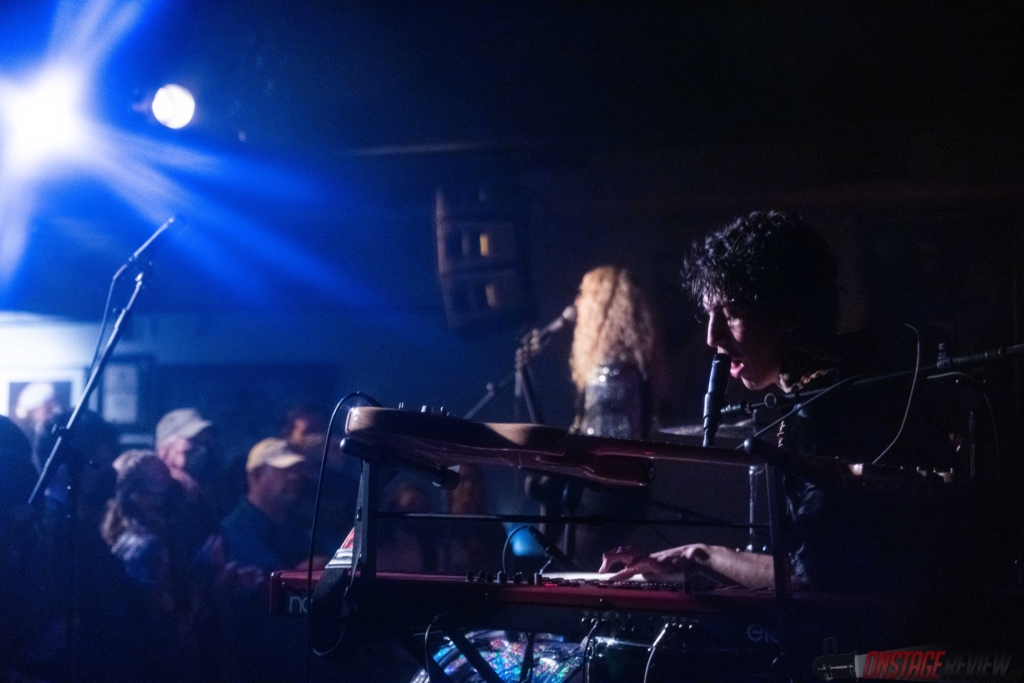 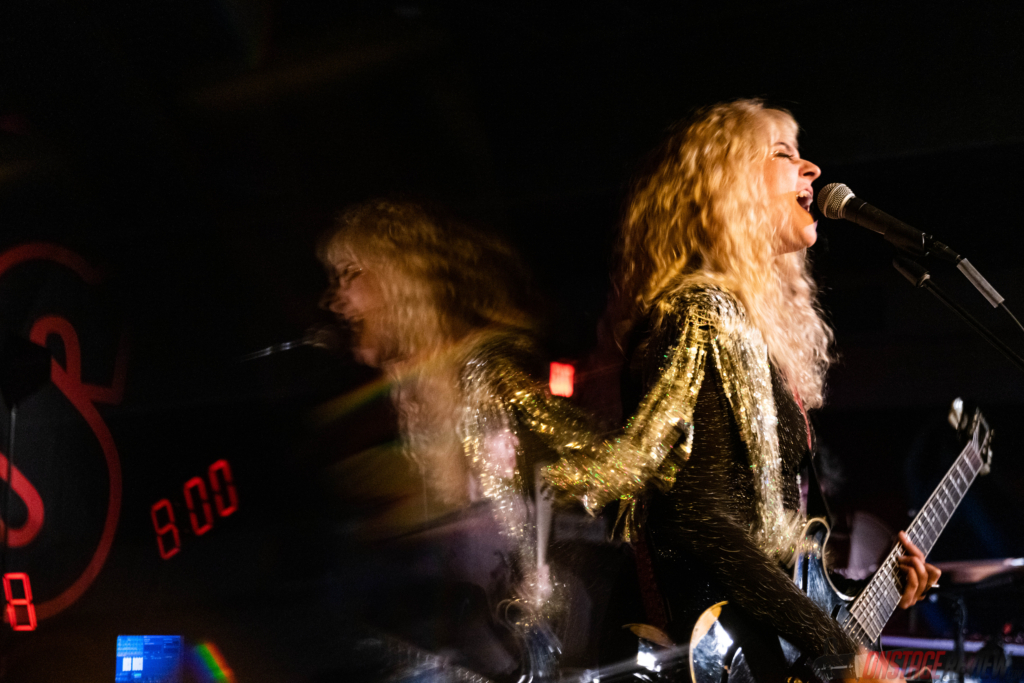 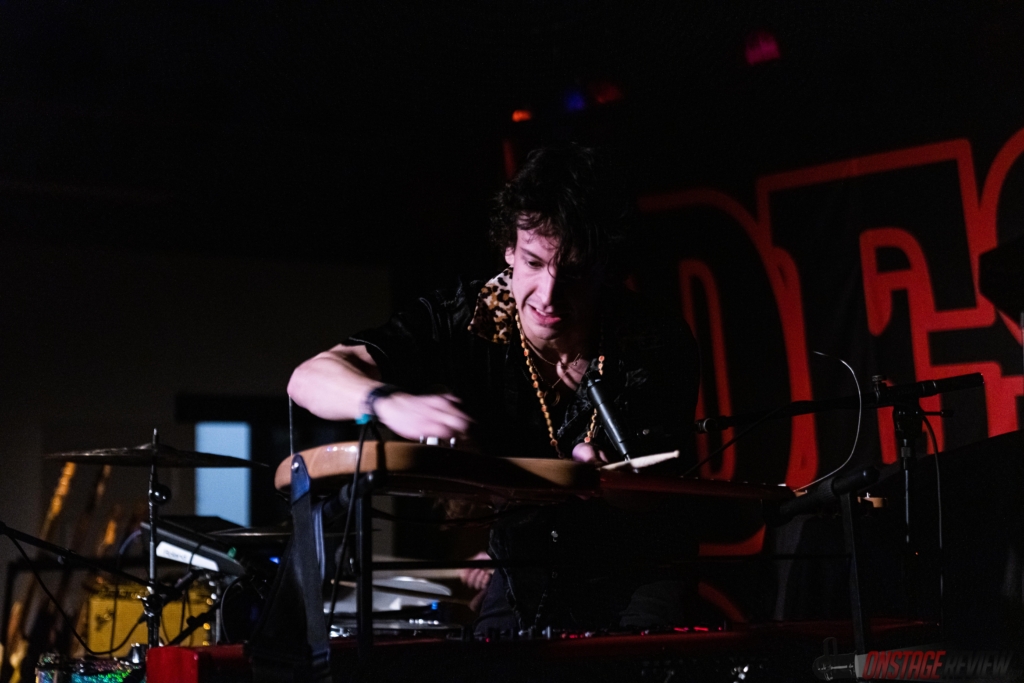 For Demi, her vocals, appearance and guitar skills are on par with what you’d expect from a younger band. She’s going for a particular look and sound, and accomplishes it well. She doesn’t steal the light from Jonny or Baby and complements the overall look and sound very well. This review isn’t to make the band sound underwhelming or worth a pass, but rather some critique on how the band could just turn it up a notch quickly and easily. They’re almost there to being a better-known group, and with some fine tuning, it’ll happen. Soon.