DROPKICK MURPHYS AND CLUTCH COMING TO THE ARAGON WITH SPECIAL GUESTS HATEBREED! 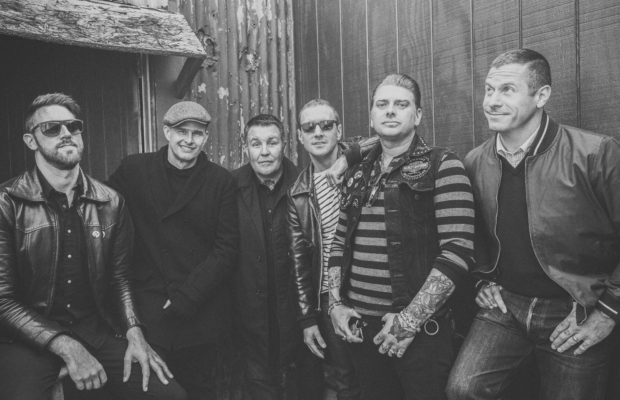 Boston’s Dropkick Murphys are currently on tour with special guests, Clutch, Hatebreed, Amigo the Devil, and Russ Rankin Of Good Riddance with a stop at the Aragon Ballroom on September 30, 2019.

The band is touring to support their album, 11 Short Stories Of Pain & Glory, which was released in 2007 by the bands record label, Born & Bred Records. Since their start in 1996, the band has had great success in the rock and metal genres and sold more than 7 million albums worldwide. One of their hit songs, “I’m Shipping Up To Boston,” can be heard in many movies and television shows where it is instantly recognizable.

Accompanying the band on tour are rock band, Clutch, and special guests, Hatebreed. Clutch is a rock band, though they can’t be nailed to just one genre, that formed in 1991 and recently released their twelfth studio album, Book of Bad Decisions. They range from hard rock to jazz rock to alternative and always put on a fantastic show. Hatebreed is one of the top hardcore bands in the genre with also being nominated for a Grammy for Best Metal Performance for their song, “Live for This.”

If you’d like to pick up their currently album, 11 Short Stories Of Pain & Glory, please visit their website here: http://www.dropkickmurphys.com/

Below are the tour dates for the current tour where tickets may still be available: 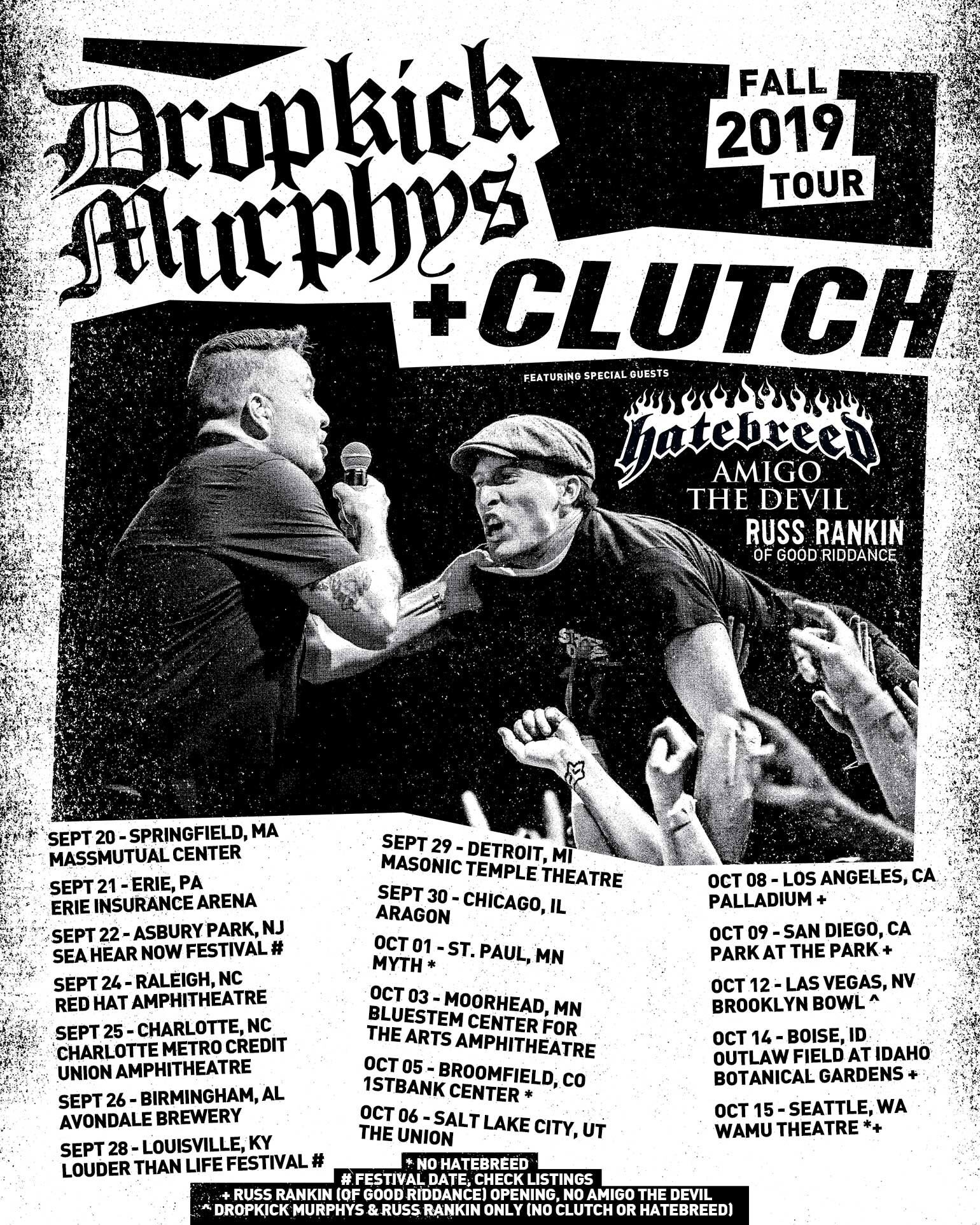