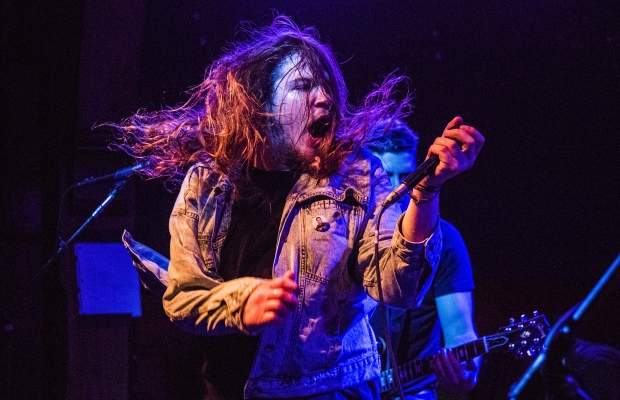 Review and Photos by Sandra Rust

The Glorious Sons are a Canadian rock band from Kingston, Ontario. Their song “Everything Is Alright” has gone on to stream over 4M times on Spotify, peaked at #1 on the Canadian Alternative rock radio charts.  Lead singer Brett Emmons has one of the best voices I’ve ever heard live. This band is so talented and actually has 4 members with great vocals.  Their high-energy rocked the stage, and the crowd was enthusiastic and impressed. This band’s songwriting, music and lyrics are incredibly original, and I definitely see the band streaming the US charts this year.

Their performance and songs were more than great, and the listener can tell it all comes from the heart. Regarding the writing process Brett says “It’s me writing about the things I’ve done, the things that have happened to me and my family, and the things that I think about.”  The Glorious Sons’ second full-length album, Young Beauties & Fools, was released October 13th, 2017.

The band has 8 consecutive top-10 rock radio hits in Canada including their first #1 alternative single “Everything Is Alright”.

The Glorious Sons are currently on tour across the United States this year, and they are definitely worth checking out.